The case of Aribim Pepple, in particular, is fascinating and instructive.

The youngster first came through the Cavalry ranks in 2019 as a 16-year-old, after a while spent in the Calgary Foothills development program.

He headed to Europe for a variety of trials after the 2020 season — including with English Premier League sides Sheffield United and Leicester City — before landing with La Liga club Getafe CF, where he signed with the under-19 squad. When things didn’t work out for Pepple in Spain after one season, he evaluated his options heading into 2022. Forest Green Rovers, at the time in England’s fourth-tier League Two, had interest, but weren’t ready to sign him during the winter window.

That’s where Cavalry re-entered the picture. Wheeldon offered to sign Pepple to play in his hometown this year, making a gentlemen’s agreement with Forest Green that Pepple would be free to trial with the club in the summer should it so desire. Wheeldon gave Pepple the opportunity he needed to shine at a pro level in 2022, fully aware that he might lose the youngster in July.

No one could have predicted quite how much Pepple would shine this year. After easing his way into the squad, he went on a record-breaking run in June, scoring six goals in five games — the first six goals of his professional career.

After that, it wasn’t just Forest Green paying attention.

“As soon as he suddenly started scoring goals, I was getting WhatsApp messages, phone calls, texts from several League One and Championship clubs. Even one English Premier League club showed an interest,” Wheeldon recalled.

Pepple headed to England at the end of June, with an eye on training and possibly signing with Forest Green.

But that was not the end of the story.

Gage stepped back in, reaching out to another 10 to 15 clubs to see if anyone else might have interest in the CPL standout.

Luton Town did. Gage and Wheeldon had floated Pepple to the club previously, but as he began heating up in the CPL, Gage nudged the Bedfordshire side to take a closer look.

“Aribim’s breaking the league record for consecutive goals in games, all the rest of it, and Forest Green saw their chance to exercise that option, bring him in on trial and they were very interested in signing him,” Gage recounted.

“At which point I kind of got re-involved, because part of my mandate at the league is to be agnostic and work with all our teams, but also help Canadian players move to bigger and better places, which is why we set up this department in the league office.

“I put it front and centre on [Luton’s] radar that he was scoring goals, doing well, probably gonna sign with Forest Green, and they swooped in and took the chance to try and sign him themselves.” The difference between signing for a newly-promoted League One side, where Forest Green was promoted in May, and a Championship club competing for promotion to the Premier League is vast. From facilities and infrastructure to level of play, there’s a major step up in quality, not to mention the head start it will give Pepple for the rest of his career.

The financial windfall also makes losing Pepple easier for Cavalry to swallow. The fee and sell-on clause they will get from Luton Town is much greater than what Forest Green could have offered.

This might be a low-risk commitment for Luton because of the scale of Championship-level finances, but it is a significant boost for a CPL club. Had Pepple been scoring at this rate at 19 years old in England’s League Two, which Gage reckons isn’t far off from the CPL in terms of its on-field product based on their rating in the 21st Club database (more on how that works here), he’d be highly sought-after by plenty of Championship teams.

Gage said this was a much faster-moving transfer than some others to come out of the CPL in past years. By his reckoning, Pepple went from a likely Forest Green trialist to a Luton Town player within about five days. Still, there are similarities between this transfer and Abzi’s move to Pau or Loturi’s move to Ross County earlier this year, in terms of how club and league worked together.

With Loturi, Cavalry already had a strong relationship with the Scottish team. They had sent Dominick Zator and Nico Pasquotti to train with the club after the 2019 season, and conversations had continued to the point that Loturi’s move was essentially done before this season even started.

Step one, says Gage, is generating interest. That could be achieved by reaching out to contacts directly or using various online platforms like TransferRoom, which helps clubs connect with interested suitors.

“Different clubs all have different processes,” Gage explained. “Luton immediately wanted loads of data on [Pepple]; my background is in data, and my contact [at the club] is all about data, so we work with them on his playing data, his physical data from training and games, stuff like that. Other clubs are just like, send us some video… Everyone’s a little bit different, but generally it’s like, we go to 20 [clubs], maybe you get five semi-interested, give them what they need and that narrows it down to two or three after they’ve seen what they need to see.”

This process has become a lot easier in recent months than it was in the first year or two of the CPL. There’s now a body of work, not to mention hours of high-quality, accessible film on most players, so it’s easier to put together a profile. Plus, online programs like InStat have allowed CPL teams to track mountains of data on each player, which they can then forward on to potential suitors.

“I would say we’ve got double or triple the amount of just random requests from certain clubs or certain leagues around the world,” Gage said.

“Year one was a grind, you were trying to convince people why they should look at us; you’re literally saying, ‘Come and buy one of our players,’ but we’ve never sold anyone ever. So we’re kind of making up a price for a guy on the fly. Now we have a benchmark of what the price is for certain levels of players in our league, and we think it’s about right at the moment. It’s a lot easier to point to previous players we’ve sold and say, ‘Well, based on this, we think Aribim Pepple is worth this.’”

It was James Easton, the CPL’s VP of Football Operations, who first had the idea to develop a centralized football department with people like Gage to support each team, having predicted these challenges in the CPL’s entry to the transfer market well before 2019.

Now, it’s up to Pepple to seize his chance in England and find his place in the squad, hopefully blazing a path for future young CPL players to follow him. 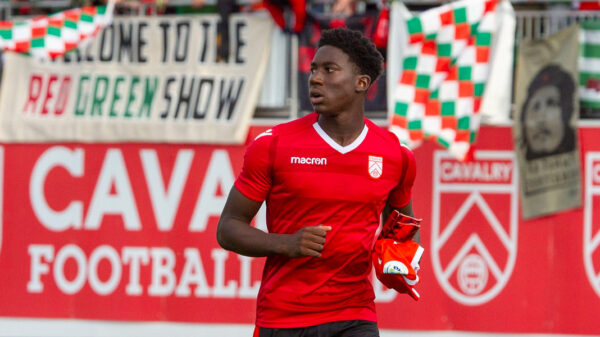 The smile says it all. Aribim Pepple couldn’t hide his joy after penning a permanent deal at Luton Town. It has long been an... Cavalry FC has sold teenage forward Aribim Pepple to Luton Town, which plays in England’s second tier. The 19-year-old made 22 appearances across all... 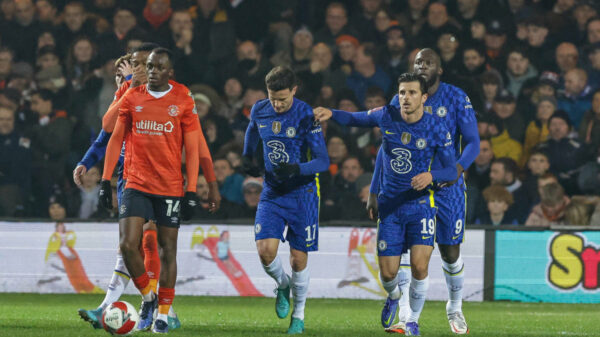 Chelsea had to twice come from behind to beat Championship side Luton and reach the FA Cup quarter-finals – just hours after owner Roman...