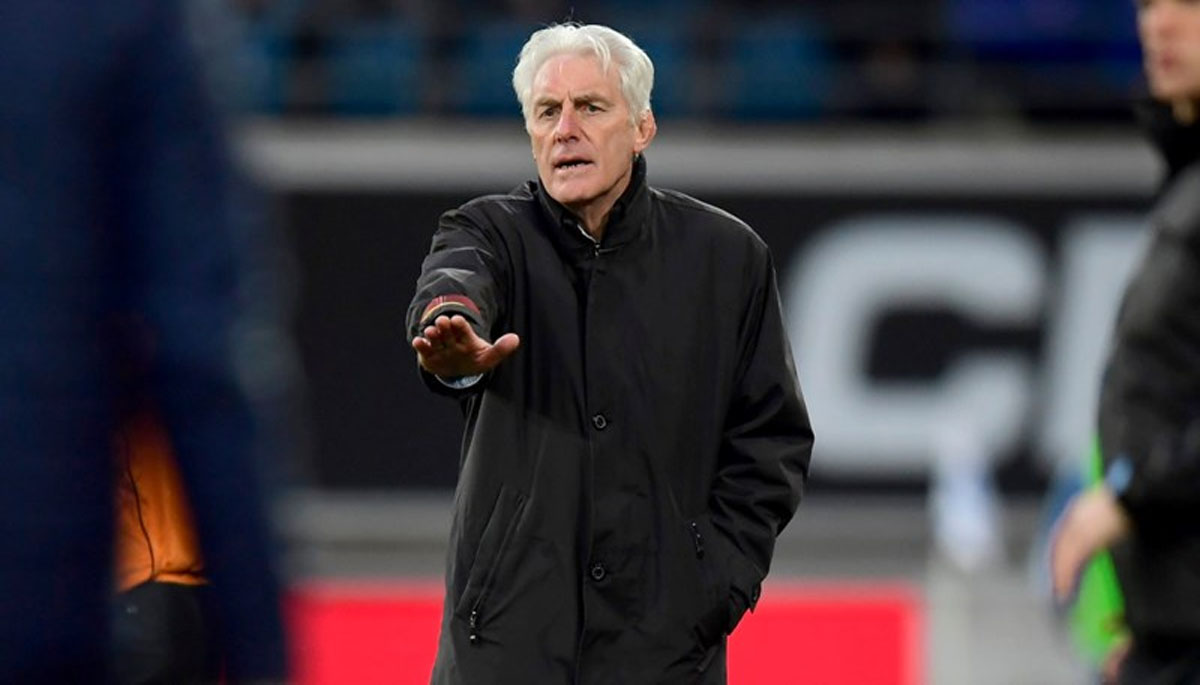 Bafana Bafana coach Hugo Broos has given a stinging rebuke to his critics in a press conference on Tuesday where he laid out the challenges he is facing in the wake of the 2-1 loss to Morocco in their 2023 Africa Cup of Nations qualifier in Rabat last week.

Virtually no-one was spared, including his bosses at the South African Football Association, as he listed the troubles facing his team and the game in the country as a whole. Here is a list of his major grievances. On the standard of the Premier Soccer League and the lack of players in Europe’s elite leagues:

“The level of the PSL is not high enough for us to succeed. The problem in South Africa is that we don’t have high quality players like Morocco, Ghana and France. Quality will decide [the result], that is football. A miracle can happen but those are coincidences.

“We don’t have those quality players that are playing in Europe. Let’s face the problem that the level of the PSL is not high enough. Percy Tau is one of the best players in South Africa but he can’t succeed in Al Ahly. This is not good. “Moroccan teams, Wydad [Casablanca] and Berkane won the Champions League and Confederation Cup, but there was no player of those teams in the national team selection, except the goalkeeper. I think it tells enough.

“All those players are playing in great European teams, Fiorentina, Sevilla, PSG. We don’t have those quality players who are playing in Europe. We can look at the fantastic run of Sundowns and Pirates in Champions League and Confederation Cup but Sundowns lost the quarterfinal, Pirates lost the final and who won? Moroccan teams.

“Therefore again, let’s face the problem of South Africa and the problem is that the level of our PSL is not high enough. We don’t make players with high quality.” On his team not being able to match the continent’s big guns and facing Liberia in the Africa Cup of Nations qualifiers in September, where they need four points to qualify for the finals:

“Let’s be positive and support this team, I know these guys will give their lives to be at the Africa Cup of Nations in the Ivory Coast. I saw that in the last camp. They were motivated and they wanted to go to the limit. “But if you play against a team with many more qualities than yourself. You can only fight, which we did. Let’s believe in the group that played against Morocco. I believe in them. “I know we will be motivated to win twice against Liberia and it is possible. We aren’t playing Morocco.”

On a lack of preparation for the junior national teams within the South African Football Association: “I was asking in November [2021], can I see the coaches of the Under-23s, Under-20s and Under-17s, and they said to me, ‘coach, we don’t have them’. There were no coaches [for those teams]! I had to wait until April when they decided the coaches. Then we had a meeting and saw the problems we had – how are we going to play the COSAFA Cup, how are we going to play in the Chan [African Nations Championship].

“In September there is qualifying for the Under-23 Afcon, do you have a team? No, because it was one year ago when the team last played, and with the Under-20s it was when Helman [Mkhalele] was coach two years ago!” On former Al Ahly coach Pitso Mosimane saying there was a lack of communication between himself and Broos over Percy Tau’s fitness: “At that moment, I don’t understand why you have to criticise a colleague. I was very disappointed in him about that.”