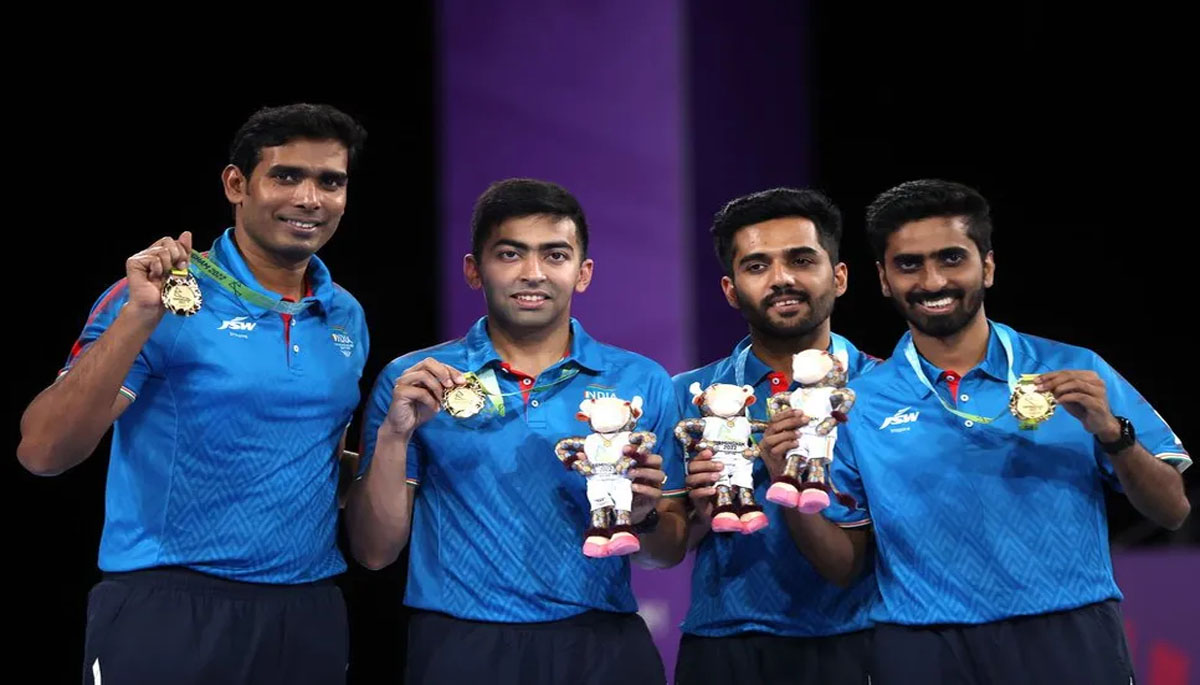 Harmeet Desai and Sathiyan Gnanasekaran set the ball rolling with a dominant doubles win as India wrapped up a 3-1 victory over the bronze medallists from four years ago.

Zhe Yu Clarence Chew delivered Singapore’s only success to level the contest at 1-1, but singles wins for both Gnanasekaran and Desai landed India the gold.

India’s Sharath Kamal Achanta said: “Last time we had the same amount of pressure. This time we’ve had good teams around [us] and really Singapore did a fantastic job beating England [in the semi-finals] yesterday.

“We didn’t expect them [Singapore] to play the level what they were playing today, but they put up a fantastic fight and we’re really happy that we could step it up and close the match in the way we did it.”
In a dominant performance, England comfortably beat Nigeria 3-0 to win bronze, with Tom Jarvis and Paul Drinkhall winning their doubles game before Liam Pitchford and Drinkhall won their singles matches.

Despite securing his ninth overall Commonwealth Games medal after a tight battle with Nigeria’s Quadri Aruna, Pitchford admitted there were “mixed emotions” about securing bronze.

“It’s not really what we came for, I’m sort of a bag of mixed emotions at the moment, last night was tough, I didn’t really sleep,” he said.

“I somehow had to get myself up for today and do it for the team. I can look back and be proud of myself that I actually did that, because I could have shied away and not stood up out there and not performed but I did it.

“I’m just proud because it gives me confidence going into the individual events that I’m still here and can beat the best guys in the tournament and I can do something.”