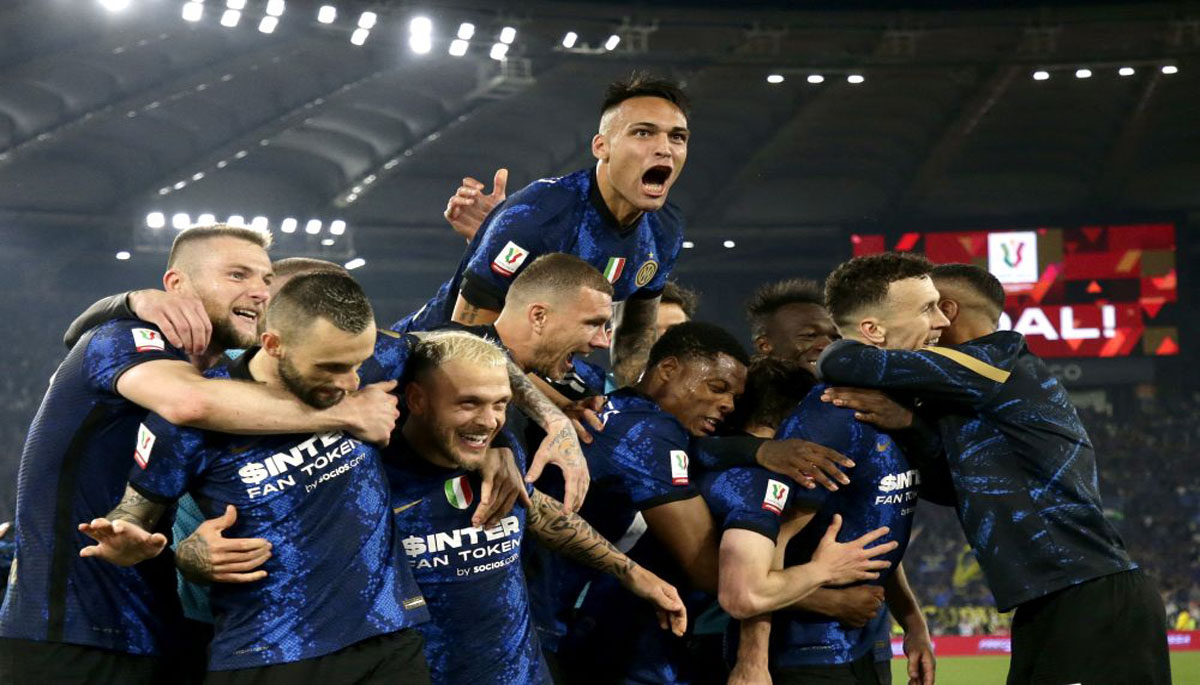 Internazionale won the Coppa Italia after an extra-time double from Croatia forward Ivan Perisic earned his side a 4-2 victory over Juventus in Wednesday’s final, ensuring Massimiliano Allegri’s team will finish the season trophyless.

Inter, who are still in the running to retain their Serie A title this term, started on the front foot, racing into the lead after six minutes in the Stadio Olimpico as Nicolo Barella arrowed a stunning strike into the top corner.

Juventus responded well with Serbian striker Dusan Vlahovic denied by a superb save from Inter goalkeeper Samir Handanovic in a pulsating first half, before defender Alex Sandro levelled five minutes after the break.

Vlahovic then completed the turnaround less than two minutes later to spark wild scenes of celebration among Juve’s players, but Hakan Calhanoglu’s expertly-converted penalty took the match to extra time.

Perisic then took centre stage, firing his side in front once more with another penalty, again emphatically converted, before making sure of a first Coppa Italia triumph since 2011 for Inter with a powerful finish into the top corner.

Allegri, who was sent to the stands for protesting against a decision late on, will become the first Juventus manager since 2011 to finish a season without having won a single trophy, with Juve fourth in Serie A and out of title contention.