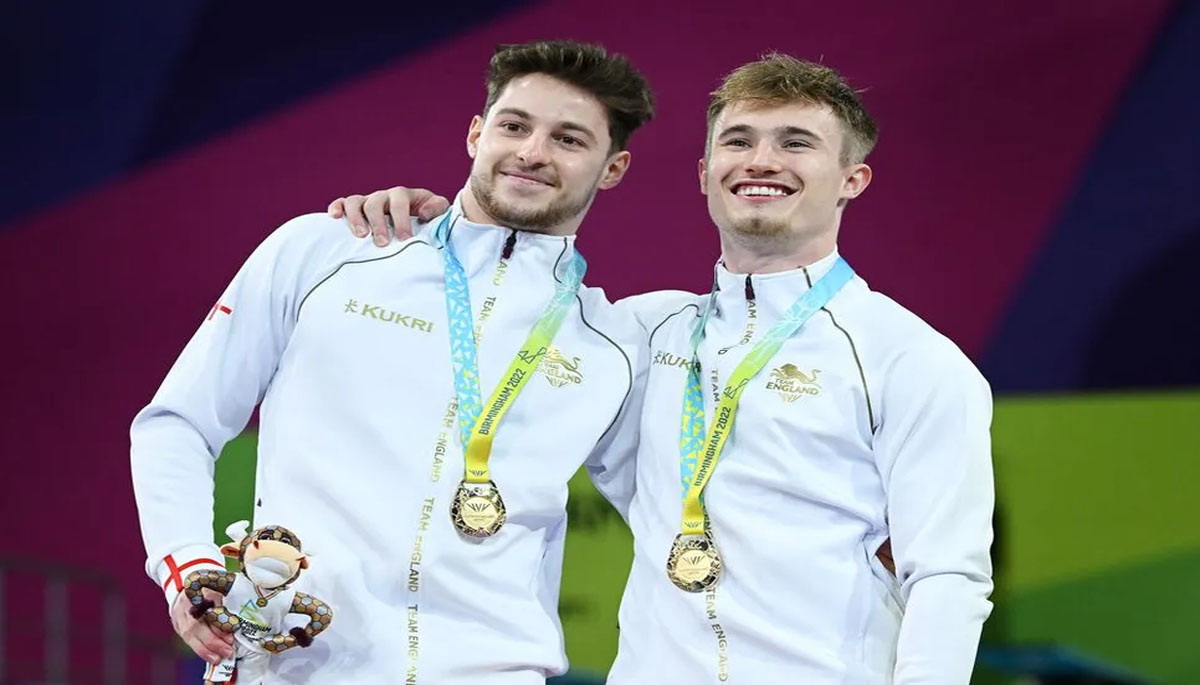 The 27-year-old Olympic champion, who won the discipline at Gold Coast 2018 and Glasgow 2014, made it a hat-trick of victories as the England duo sealed the title with 438.33 points – to win by a massive 61.56 – for Laugher’s seventh Games title in total and second gold of Birmingham 2022.

Malaysia’s Gabriel Daim and Muhammad Syafiq Bin Puteh took silver with 376.77 points, while Australia clinched the final spot on the podium as Shixin LI, who won silver in Thursday’s 1m springboard final, and Sam Fricker matched their 2018 result with bronze.

Laugher was delighted to add his second Commonwealth title within 24 hours and praised 22-year-old team-mate and Games debutant Harding.

“I struggled to get to sleep last night a little bit, felt a little bit worse for wear this morning really, but I think I put together an okay performance.

“Anthony’s done a great job and it was a massive ask to come out here in first Commonwealth Games in front of a big crowd and to perform that consistently and that solidly, so it’s a really, really good performance for a lot of reasons.

“Things need to be improved on, things need to get better, but overall really happy with the performance and two golds is obviously the best I can ask for.”

For Harding, he was delighted to finally have the chance to show what he can do, saying: “I’m over the moon with it, I mean I did a pretty okay performance, I could have done a little better, I know Jack’s maybe a little disappointed, but I have just worked so hard for this.

“I have waited plenty of years, I’ve watched him [Laugher] at three other Commonwealths, three Olympics – so it’s been a while for me to get onto this kind of stage and he’s a massive help.”