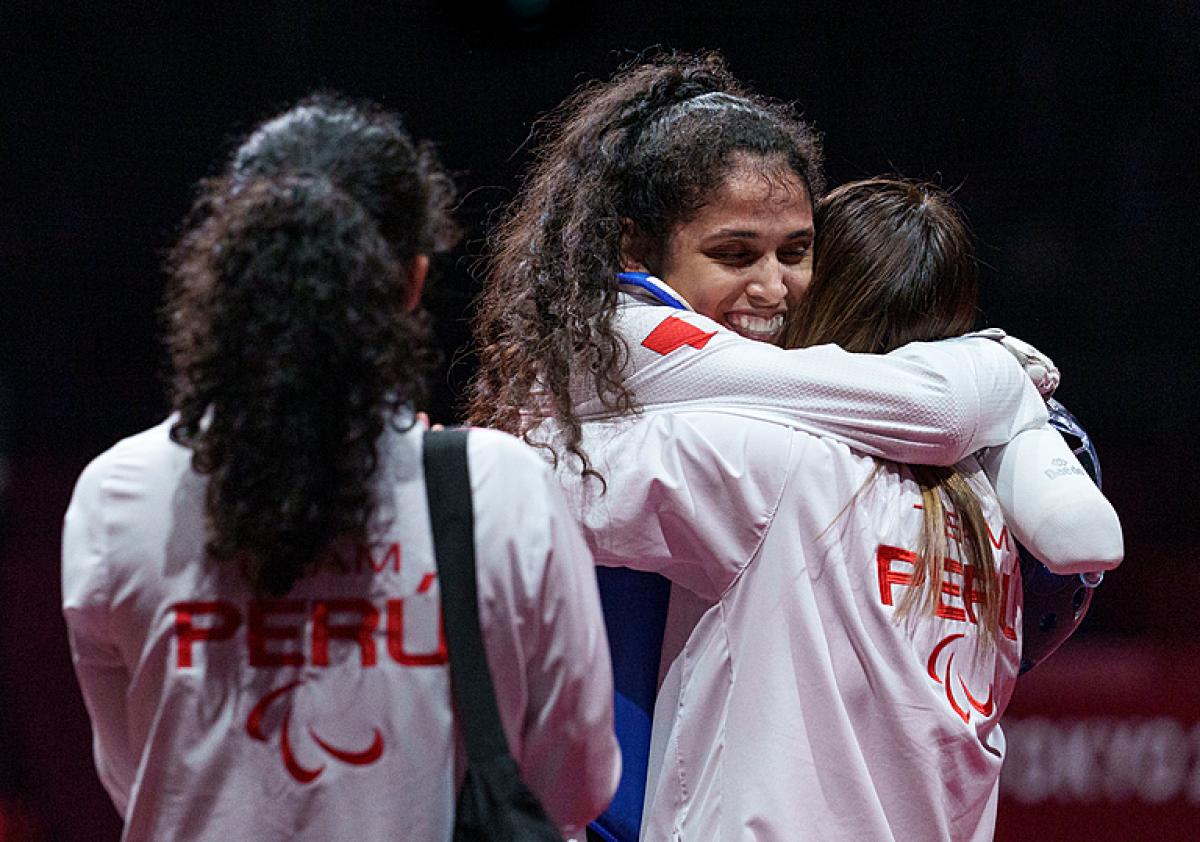 A day of celebrations, injuries and upsets marked the debut of Para taekwondo at the Makuhari Messe Hall on Thursday (September 2).

The highlight of the day was Peru winning the first ever Paralympic gold medal in the sport. Cheers filled the hall from the small Peruvian contingent present as Leonor Espinoza Carranza beat Turkey’s Meryem Cavdar in the women’s K44 -49kg event. It was a hotly contested final between the number two and number three ranked fighters.

“I feel very excited for winning the gold medal. It is the first one for Peru at this Games. The final combat was really tough,” Carranza said.

Not only was this a Para taekwondo first, it was also Peru’s first medal of Tokyo 2020 Paralympic Games and the first Paralympic gold since Sydney 2000, making this historic in so many ways. For Carranza it was also an opportunity to encourage the people of Peru.

“I want to tell all Peruvians to strive and work hard to achieve what they want,” she said.

Cavdar was equally happy with her silver. “All the stress, tiredness and everything was gone the moment I put the medal around my neck. Right now I feel very happy and very proud with this medal,” she said.

Injury changes course of competition
There was a shock in the men’s K44-61kg semi-final when Egypt’s Mohamed Elzayat was injured following a kick to the head from Daniil Sidorov of the Russian Paralympic Committee. Elzayat was carried out on a stretcher having been called the winner.

However, in the final against Nathan Cesar Sodario Torquato, it became apparent Elzayat’s injuries were too severe after 30 seconds and the gold medal went to the Brazilian.

“In the semi-final I was kicked here (pointing at his neck). I couldn’t make the final. It was finished (for me),” Elzayat explained his injuries.

“There was a taxi that went to the hospital and brought me here again (for the medal ceremony). I have to go there (hospital) again.”

Sidorov still left with the bronze medal after beating Bopha Kong of France. “I am not disappointed, but I had a different goal. It happened as it happened.

“The Paralympics are different than the worlds and other international championships, so you have different emotions, tensions. There are many cameras, so you have cold feet (nerves) before going to the fight,” the Russian said.

World champion beaten in surprise upset
The biggest upset of the day came when first seated Bolor Erdene Ganbat lost in a tight semi-final competition to Turkey’s Mahmut Bozteke. The Mongolian, who had also lost earlier in the day to Italy’s Antonino Bossolo, had previously won every other international match he had taken part in since his debut in 2014.

Ganbat was devastated and in shock after losing 23-22, with the final points coming in the very last second. “I should have lost in previous competitions, because then I would know how to deal with it (losing). I have never lost before.

“This Paralympics match was really difficult and harsh on me. I was very unlucky today,” the 26 year old said, unable to speak for long due to the emotion of the moment.