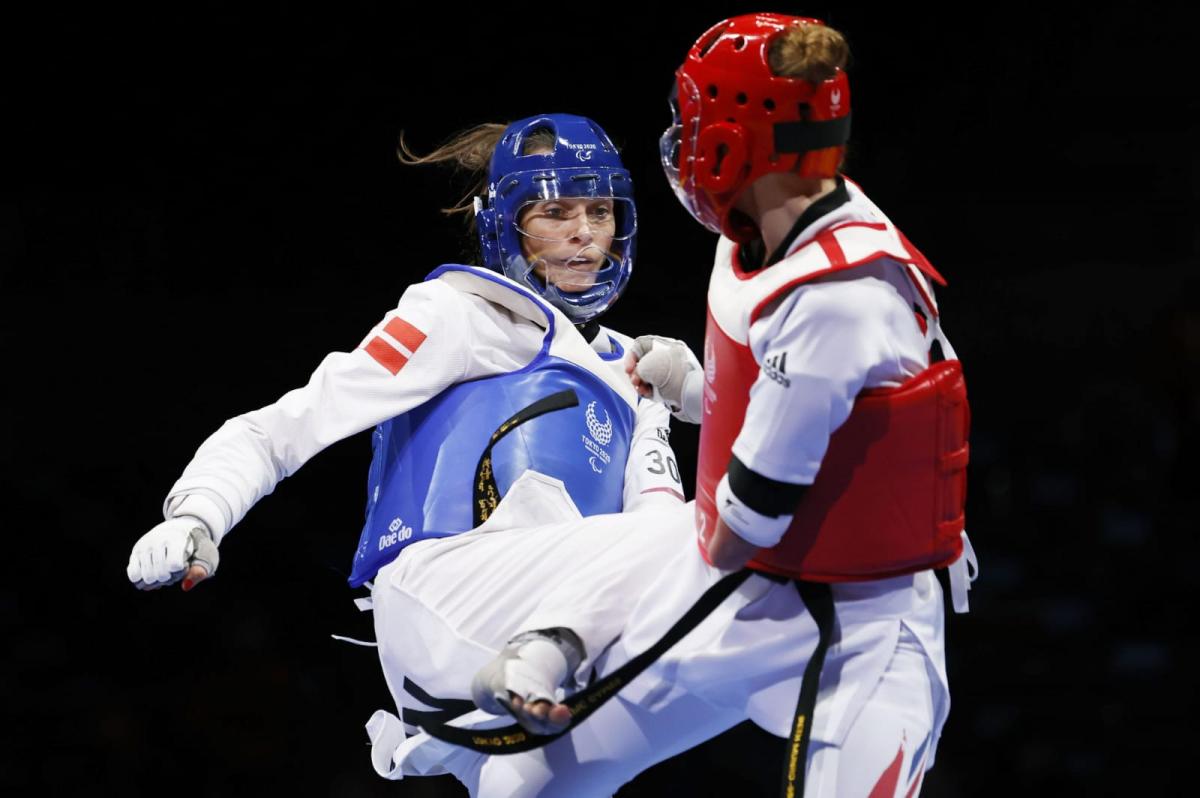 For 43-year-old Gjessing, who was one of Denmark’s flag bearers, this is the moment she’s been waiting for, as she’s been one of the pioneers of Para taekwondo throughout her career.

“I can’t describe it, wanting this gold for so many years and now actually standing here with the gold medal is crazy.”

On her journey to gold, Gjessing beat Silvana Mayara Cardoso Fernandes, you had ended Gjessing’s eight-year winning streak three months ago at the 2021 Pan American Open Championships. This win was an important stepping stone to gold. “She’s been on my mind every day since I lost (to her) two or three months ago. “It was such an important loss because I wouldn’t have worked so hard if I hadn’t had that loss. I would have thought: ‘I can take her again’,” she said.

Beth Munro’s journey here is just as captivating. The former netball player only started training with Paralympic GB in March 2021, competing in only a handful of international matches before fighting her way to the silver medal.

“This is only my second (international) competition. The fifth match (of my career) was the final. It’s (the silver) a fantastic achievement, I can’t say anything else. I am just ecstatic,” she said.

“Originally I never competed in any martial arts (sports) at all. Until the end of 2019 I never punched or kicked a person in my life, honestly.”

“It’s been an adaption the past two years. But when someone said to me, ‘if I could potentially make you a Paralympian and get you a medal, would you follow this journey with me and come down to Cardiff and train with the taekwondo team?’ I said of course. There’s no doubt and down I went.”

With such a meteoric rise she’ll certainly be one to watch for the future. “Onwards and upwards to Paris (for the 2024 Paralympic Games). I’ll smash it next time.”

Silvana Mayara Cardoso Fernandes of Brazil beat out Gamze Gurdal of Turkey to take the bronze medal, spurring chants of ‘Brazil’ around the hall. While China’s Yujie Li overcame Palesha Goverdhan of Nepal for the other bronze medal place.

“I am very happy. I am very proud to win that medal. We did a lot of work, it’s been a long process.”

“I don’t know, I don’t have words to describe all the happiness I have right now. All the hard work paid off,” he said.

Lopez did have to stay alert to overcame the ‘Iranian Hurricane’, known not only for the 23 letters in his family name, but for winning the world championships four times.

“It was a hard game, very strategic. I couldn’t relax. I knew that it was complicated but not impossible. I had to focus, I couldn’t lose my mind, because (then) he would attack.”