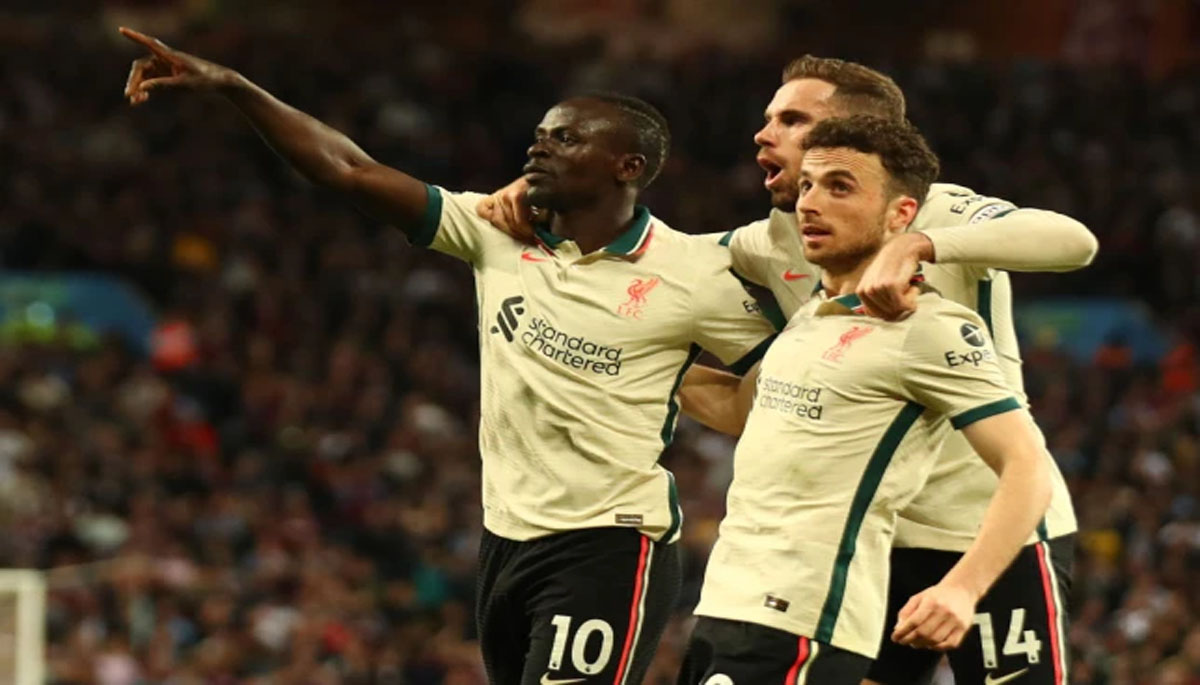 Liverpool drew level in first place with Manchester City on 86 points in the Premier League after beating Aston Villa 2-1 at Villa Park on Tuesday night.

Early first-half goals from Douglas Luiz and Joel Matip left the match level at the break, with Sadio Mane netting a crucial winner in the 65th minute to hand Liverpool the three points and keep their hopes of beating City, who have a game in hand and a superior goal differential, to the title.

Liverpool, who have two matches left, went behind before five minutes when Luiz pounced on the rebound from his own saved header and blasted the ball into the roof of the net to hand Villa an early lead.

Matip put Klopp’s side back on level terms minutes later, pouncing on a shot from Virgil van Dijk that was blocked into his path and reaching out to poke home to make it 1-1.

Mane, who has a torrid record against Aston Villa with nine goals in 10 games against them, popped up in the second half to turn home an assist from Luis Diaz to give Liverpool a lead they would keep.

Liverpool, who can still win the Quadruple, have a busy end to an already packed campaign, playing Chelsea in the FA Cup final on May 14 and Real Madrid in the Champions League final on May 28 along with their remaining Premier League matches against Southampton and Wolves on May 17 and 22, respectively, in between.