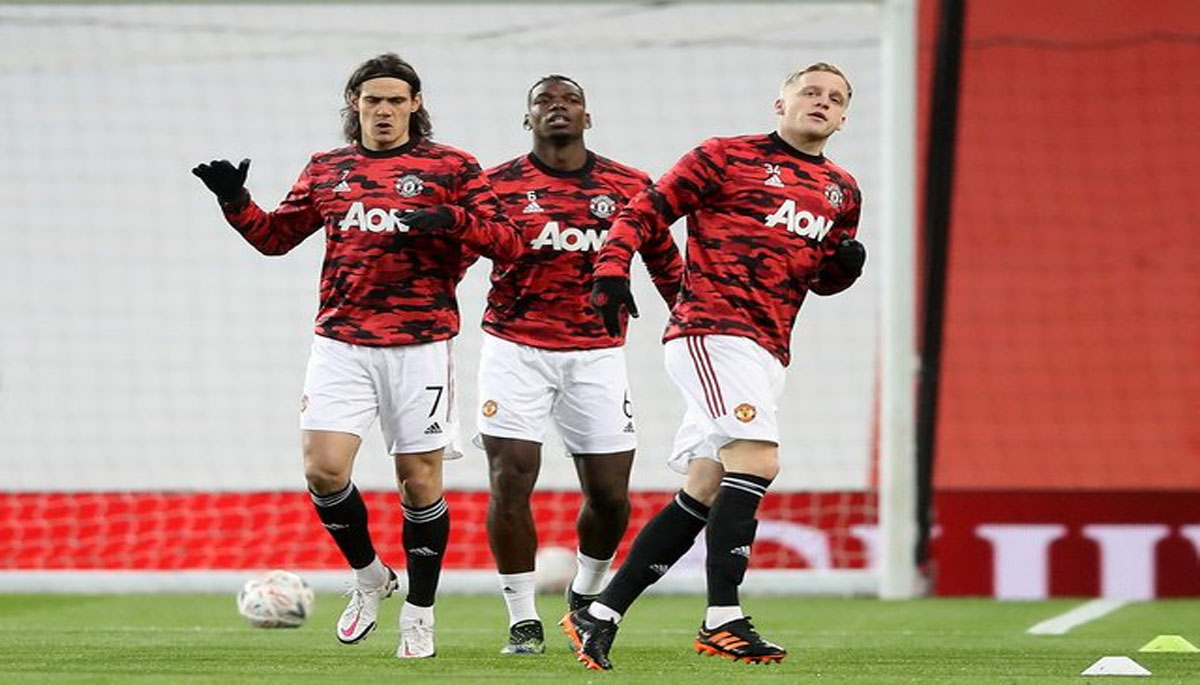 Unhappy Manchester United players who want to leave this summer have been told they will be unable to go – unless they are out of contract.

United have six players out of contract this summer who are set to leave as free agents after failing to agree new deals. Paul Pogba, Jesse Lingard, Edinson Cavani, Juan Mata, Tahith Chong and Lee Grant will all be on their way in June, when their contracts are up.

The future of star player Cristiano Ronaldo is also uncertain, with United looking like missing out on fourth place and Champions League football at Old Trafford next season. Marcus Rashford’s future remains in doubt. But United have told the squad those players who remain under contract will not be allowed to leave, because of those who already leaving with their contracts up.

It is understood United may ultimately be willing to let a couple of players leave this summer, once new signings have been made, but not until towards the end of the transfer window. Erik ten Hag, set to be named United’s new boss, is expected to want to sign several targets, including his £70million-rated Ajax defender Jurrien Timber, while a new striker and midfielder are also positions that need addressing.

United have informed those players who will be blocked from leaving that new boss ten Hag will give every member of the squad a chance to impress when he takes over this summer. The hope is that this will prove a catalyst for United’s under-performing players to deliver between now and the end of the season, with a view to impressing ten Hag ahead of his arrival.

Earlier this week reports claimed Rangnick had been approached by Peter Schottel with a view to becoming Austria manager. Vienna-based outlet Kurier reported Schottel flew into Manchester on a private jet on Monday amid growing speculation the United interim is losing his responsibility at Old Trafford.

The Red Devils are in the process of appointing their next permanent manager and Erik ten Hag is expected to be unveiled at the end of the season. While Rangnick is due to move behind the scenes to begin a two-year consultancy role, the reports from Austria cast doubt over his future with the club.

However, the Austrian FA released a brief statement on social media on Wednesday refuting suggestions it had met with Rangnick, posting on Twitter: “Clarification: There was no meeting between OFB sports director Peter Schottel and Ralf Rangnick, coach of @ManUtd.”