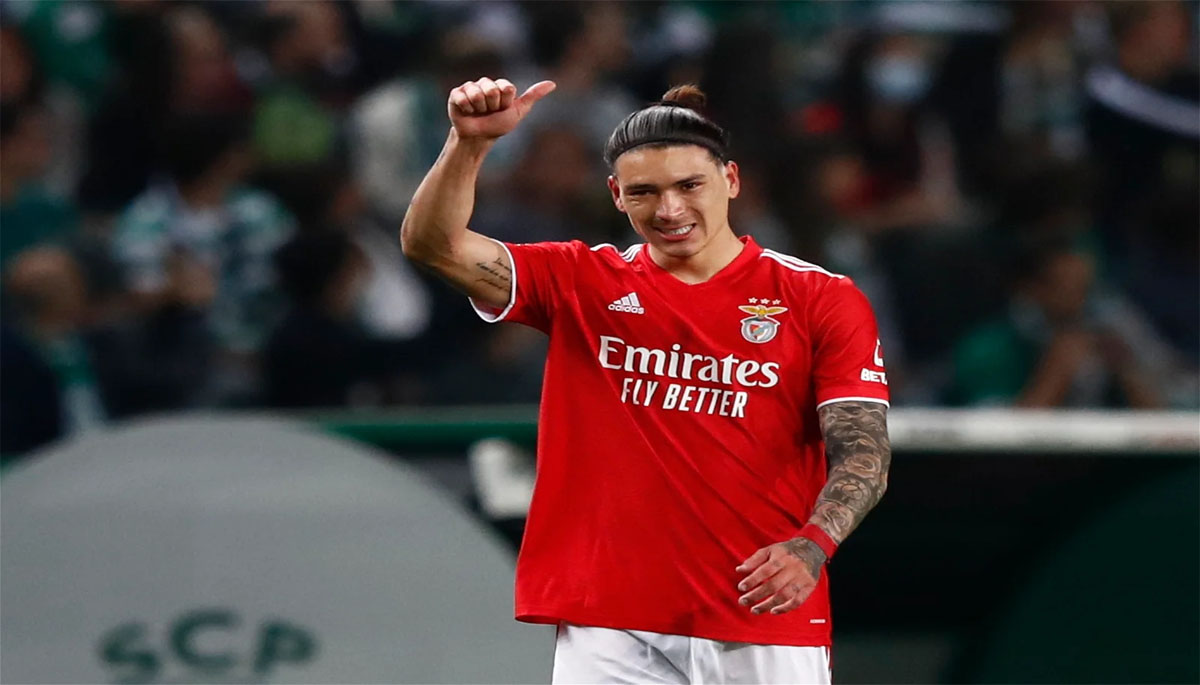 Manchester United are reportedly plotting a move for Benfica striker Darwin Nunez during the summer transfer window. Nunez has been one of Europe’s breakout stars of this season, scoring an astonishing 34 goals in 40 appearances for Benfica. However, Benfica have attached a £68million price tag to the 22-year-old striker ahead of the summer window.

According to TalkSPORT, Nunez is said to excited about the prospect of playing under the club’s new United manager Erik ten Hag. The 22-year-old wants to be part of the United rebuild and help the Red Devils re-establish their dominance in the Premier League.

Nunez is one of the most sought-after young strikers in world football at present, on the back of a stunning season in which he has scored 34 goals in 41 appearances. United have been strongly linked with Nunez in recent months with Ten Hag believed to be a big fan of the Benfica star.

The youngster has impressed in the Champions League this season, scoring goals in both quarter-final legs against Liverpool, a brace against Barcelona and also finding the back of the net against Barcelona and Ajax. However, Nunez’s desire to compete in the Champions League could blow United’s chances of landing him during the summer transfer window.

The Red Devils failed to qualify for Europe’s most prestigious tournament following a miserable campaign in which they finished sixth. Regardless of whether United sign Nunez or not, they are expected to spend big money this summer. As previously reported, up to 10 players are expected to leave this summer, as Ten Hag seeks to make a fresh start.