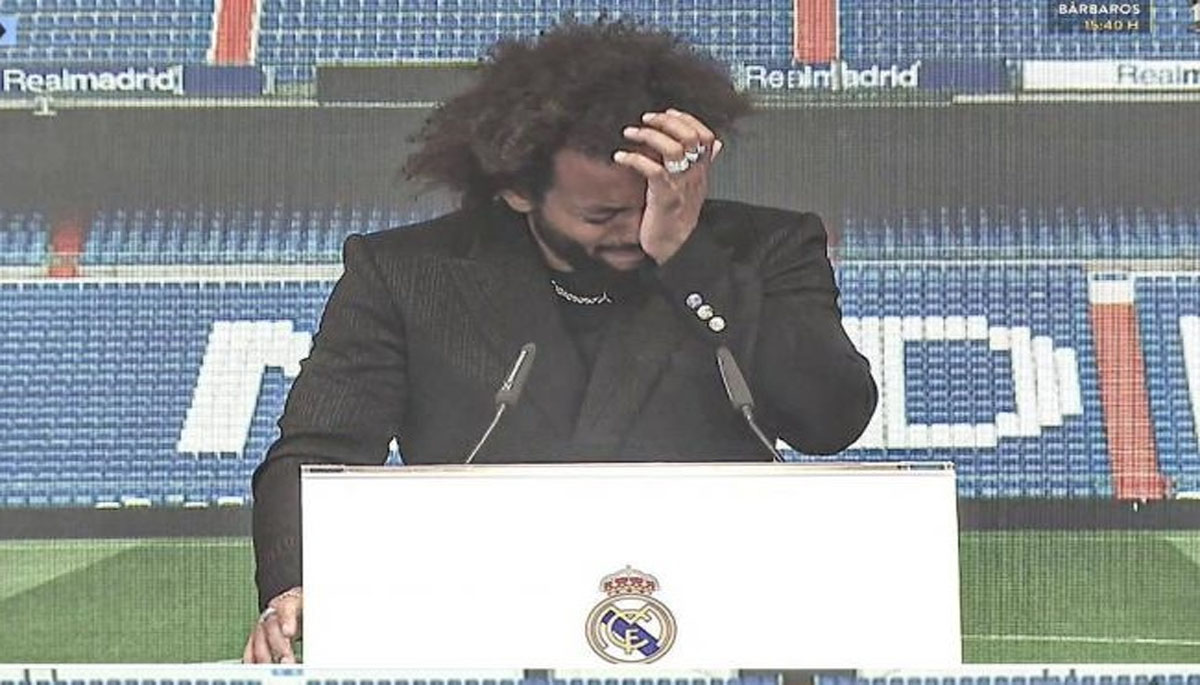 Marcelo Vieira Da Silva Júnior bids an emotional farewell to Real Madrid on Monday afternoon at a press conference to end 16 years of service for the club.

It had been known for some time that the Brazilian would be departing Madrid this summer. But Monday afternoon’s press conference gave the great and good opportunity to formally say goodbye to Real Madrid’s most successful ever player. Marcelo leaves Real Madrid as the player who have won the most titles in the history of the club, with 25 trophies sixteen years after his arrival at the Estadio Santiago Bernabeu.

Without revealing which club will be his next destination, the Brazilian left-back made clear that the time has not come yet for him to hung up his boots. “I’m going to keep playing. I think I can continue.” Marcelo said at a press conference on Monday. “When we have some [news about my future], I’ll talk about it on Instagram.

“If I ever have play against Real Madrid, there’s no problem. Because I’m a professional and Real Madrid taught me how to be one.” Marcelo also expressed his gratitude to everyone at Real Madrid and his family who helped him make his dreams come true. “I promised not to be tearful and to be able to speak normally…“ “Thanks to my teammates, coaches.” Marcelo added.

“But above all to the players, the physios, the security [personnel], the people who work behind the scenes and do the dirty work. “I want to highlight their work, because I only dedicate myself to playing and I always had everything ready. “I want to thank my wife. Because she has always been by my side since I started playing football. If I am what I am today, it is because of you Clarice.

“When I left Brazil, I had in mind to play in the Champions League. And today I leave here as the player with the most titles in the history of the biggest club in the world.” Marcelo’s playing time dropped over the last few years, yet the Brazilian full-back believes that he deserved to have played more under Zinedine Zidane and Carlo Ancelotti.

“Maybe I have been selfish talking to Zidane and Ancelotti. But I understood that I could help in other ways. “This year, I didn’t play in the Champions League final, but felt more important than in the four finals when I did play. “There are ways to make an impact without touching the ball.” He continued.