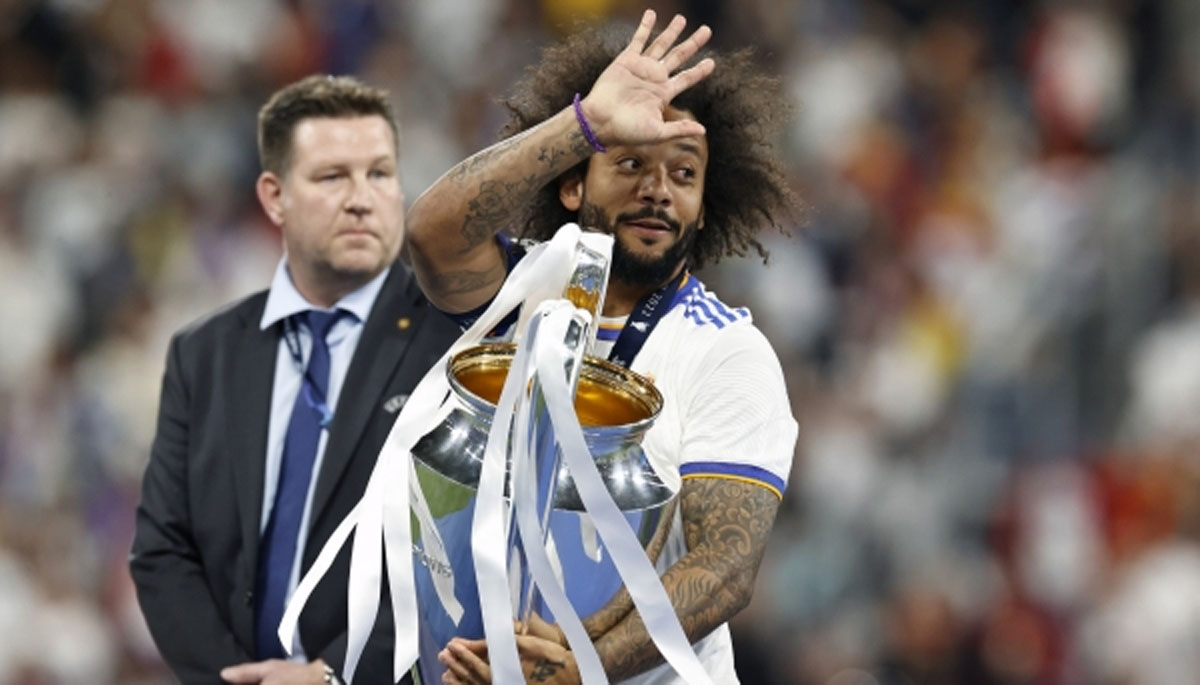 Marcelo will leave Real Madrid this summer, he confirmed on Saturday, after winning a record-breaking 25th trophy at the club in their 1-0 Champions League final victory over Liverpool. The veteran defender was an unused substitute in Madrid’s win in Paris but lifted the trophy — his fifth Champions League having been involved in 2014, 2016, 2017 and 2018 — as club captain.

Marcelo, 34, had said earlier this week that he wanted to stay at the Bernabeu with his contract due to expire next month, but said after the game that he would be leaving Madrid after 15 years. “It’s an incredible emotion because it’s my last game at Real Madrid,” he told journalists in the mixed zone at the Stade de France. “Leaving with a Champions League is a huge joy. It isn’t a sad day.”

Marcelo had been widely expected to move on this summer — having lost his first-team place to Ferland Mendy in recent seasons — but said in the aftermath of Madrid’s league title celebrations that he wanted to continue.

“You talk about things,” he said on Saturday. “We’ve spoken and we’ve decided it’s best like that. I’ve already done everything I had to do at Madrid. I’ve been lucky to be here for 15 and a half years at the best club in the world.”

Marcelo joined Real Madrid from Fluminense in January 2007. He has been linked with a return to Brazil, although his family are settled in the Spanish capital, with son Enzo starring this season for Madrid’s under-13 team.