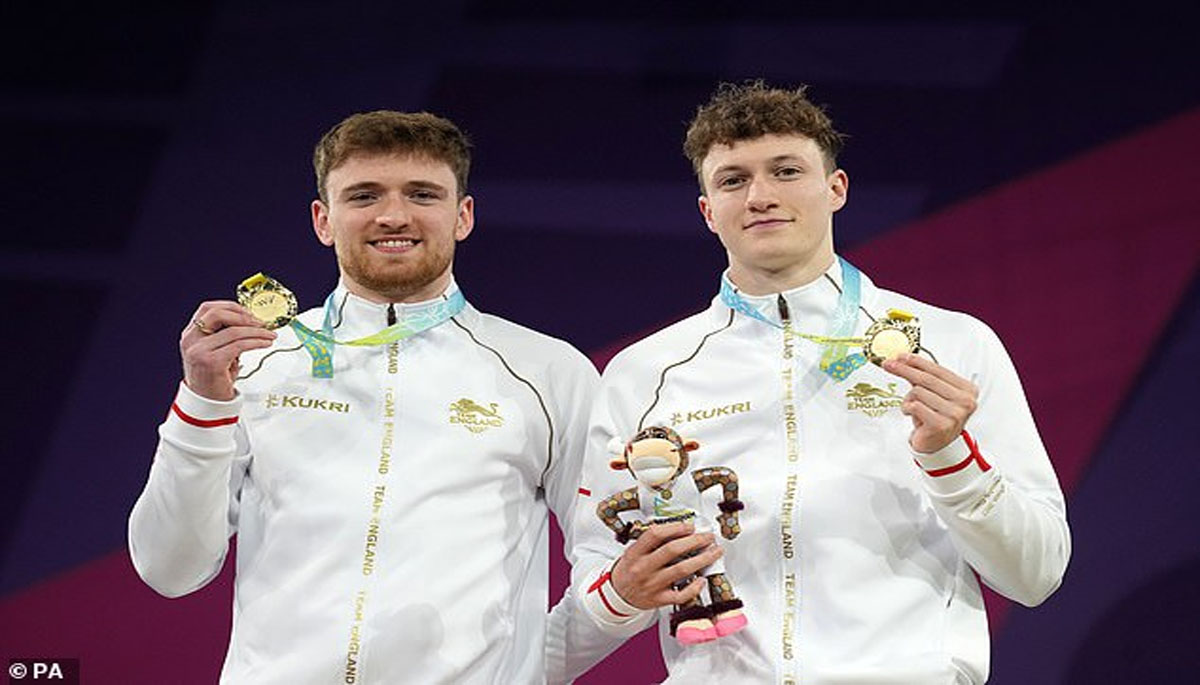 Olympic champion Matty Lee added a Commonwealth gold medal to his record with a stunning performance alongside Noah Williams.

Lee, who won 10m synchronised platform gold in Tokyo last year alongside Tom Daley, and Williams produced a score of 84.36 from their final dive to secure gold.

That was despite Williams sustaining an injury halfway through the competition, with the 22-year-old limping away in joy after their gold-medal winning dive.

Williams had already tasted success in the the 10m synchronised, winning a silver medal with Matthew Dixon on the Gold Coast in 2018.

“That was my first ever Commonwealth medal, and that’s something I’ve always wanted to do.

“You know I’ve done quite well in my career, but Commonwealths is always one I’ve wanted to do well at, I’m just so happy me and Noah came out on top today.

“I wasn’t comfortable one bit.
“We have never competed in a crowd like that ever and probably might not experience that again, because that was insane.

“We were both dealing with bad cramp in our calves after the second dive, we don’t really know why, but we think it was because of the adrenaline.”

The pair’s success came after Jack Laugher’s second gold of the Games earlier on Friday after Andrea Spendolini-Sirieix also won gold on Thursday.

In this article:Birmingham2022, Commonwealth Games, England