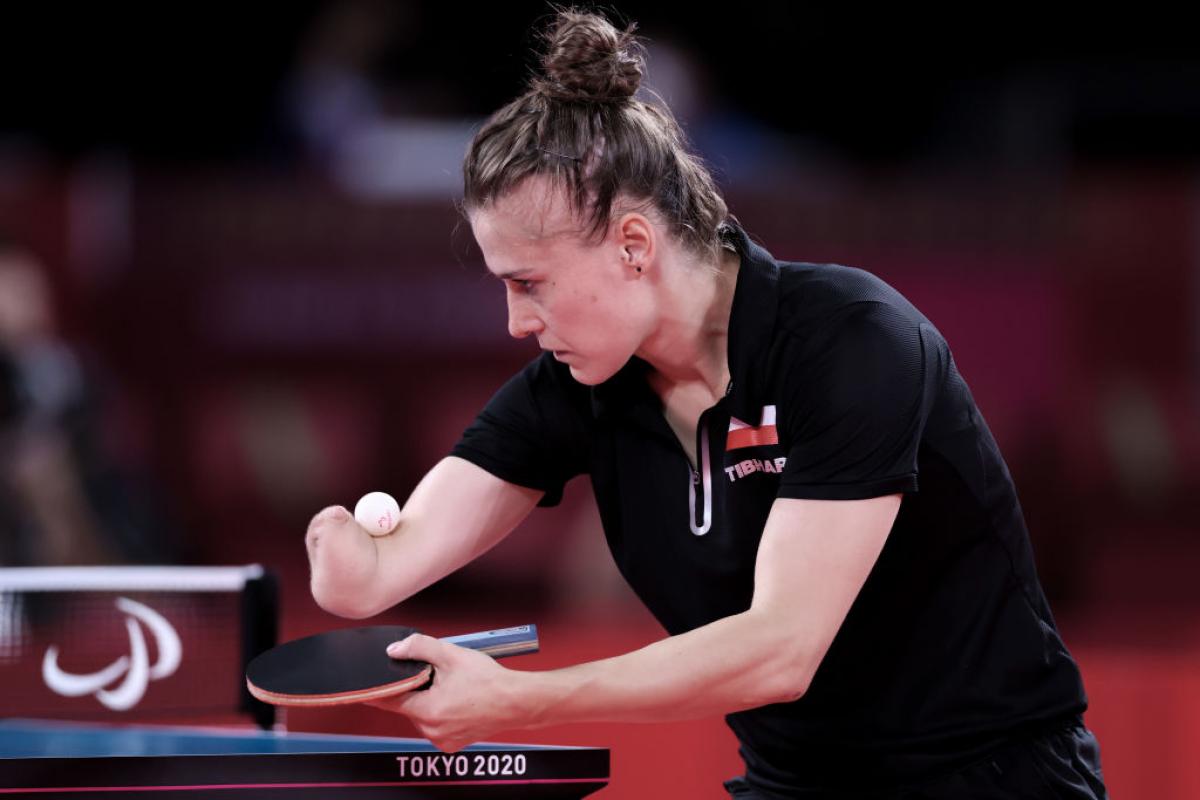 Nobody beats Poland’s Natalia Partyka twice in a row in table tennis at the Paralympic Games.

Six days after a devastating defeat to Australia’s Qian Yang in the women’s class 10 singles semi-finals, the Paralympic legend dealt Yang with a blow of her own on Friday (3 September).

Partyka teamed up with Karolina Pek to win the women’s team classes 9-10 gold, beating Australia 2-0 at the Tokyo Metropolitan Gymnasium.

They edged out Yang and Li Na Lei 3-2 in doubles before Partyka ousted Yang in straight games.

“I wanted to take revenge and I did my job pretty well,” Partyka said.

Despite ending her sixth Paralympic campaign on a high note, the 32-year-old revealed she still has unfinished business and plans to compete at the Paris 2024 Paralympic Games.

“I don’t want to finish my Paralympic career with a third place (in singles),” said Partyka, who arrived in Tokyo as the four-time defending singles champion in her class. “I’d like to win singles, and still we can defend the team title.”

Australia also took silver in the last final of the table tennis competition – the men’s team classes 9-10 contest – to finish with a best-ever haul of two golds and four silvers.

They were second in the sport’s overall tally behind China, who boasted 16 golds, four silvers and six bronzes.