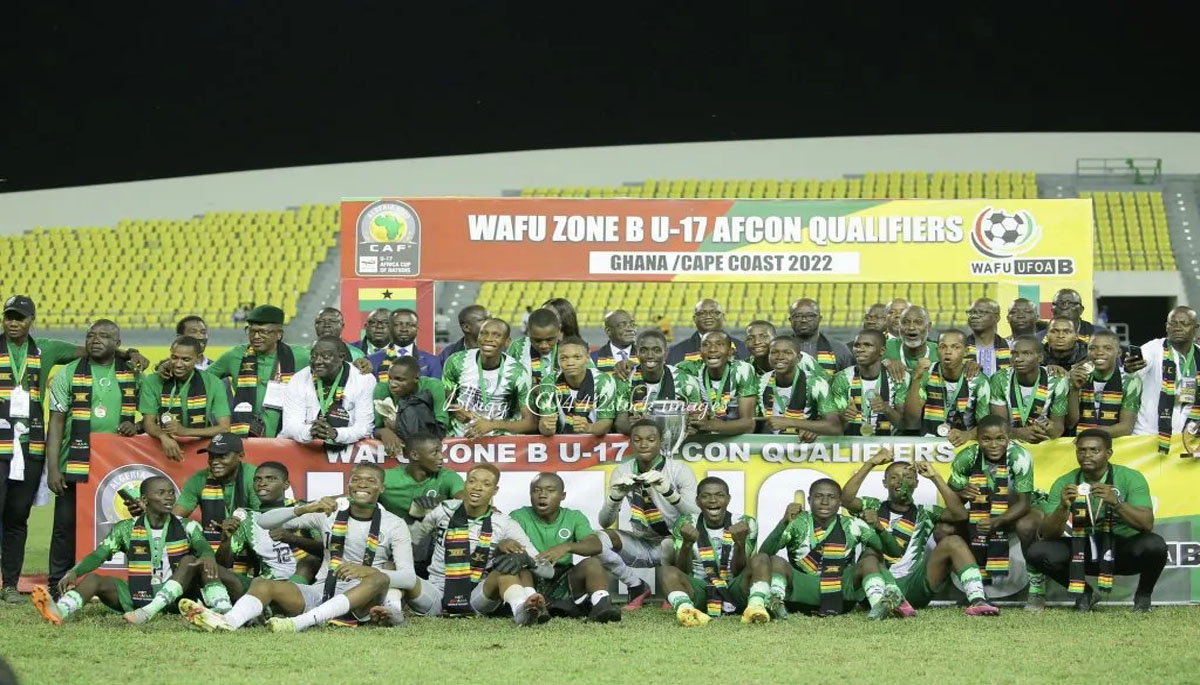 Five-time world champions Golden Eaglets on Friday edged the Young Stallions of Burkina Faso 2-1 to win the WAFU B Under-17 Championship at the Cape Coast Stadium in Ghana. It was reported that the victory for Nigeria has come barely few weeks after they claimed the WAFU B Under-20 Championship.

Then, they had beaten neighbours Republic of Benin in Niger Republic to claim the title. The under-17 championship’s final match saw Nigeria on the front foot early as forward Abubakar Abdullahi threatened the Burkinabe rear as early as the 8th minute. That was when his low drive streamed away from goal.

But in the 22nd minute, Abdullahi made up for the missed chance as he rose highest in the box to powerfully nod Emmanuel Michael’s perfect delivery into the net. Abdullahi missed another golden opportunity to grab a brace, as he flulled his lines, thereby allowing the Stallions a respite.

The miss would knock hard seven minutes later, when Abdulramane Ouedraogo, equalised for Burkina Faso also with a header. Two minutes into the second half, Abdullahi got his brace and Nigeria’s second goal, giving the Golden Eaglets a 2-1 lead. Twelve minutes later, he should have made it a hat-trick with Nigeria’s third but he lost the opportunity.

The loss could once more have proved costly, as the Stallions broke forward, only to see Nigeria goalkeeper Richard Odoh come up with a magnificent save. Ebube Okeke rocked the crossbar from 25 yards in the 67th minute. But there were to be no more goals as Nigeria collected a second regional diadem at youth level.

Reports are that at the end of the game, Nigeria’s goalkeeper Odoh was selected the Man-of-the-Match. His compatriot Emmanuel Michael had won the prize in all three previous matches —-against Ghana, Togo and Cote d’Ivoire.