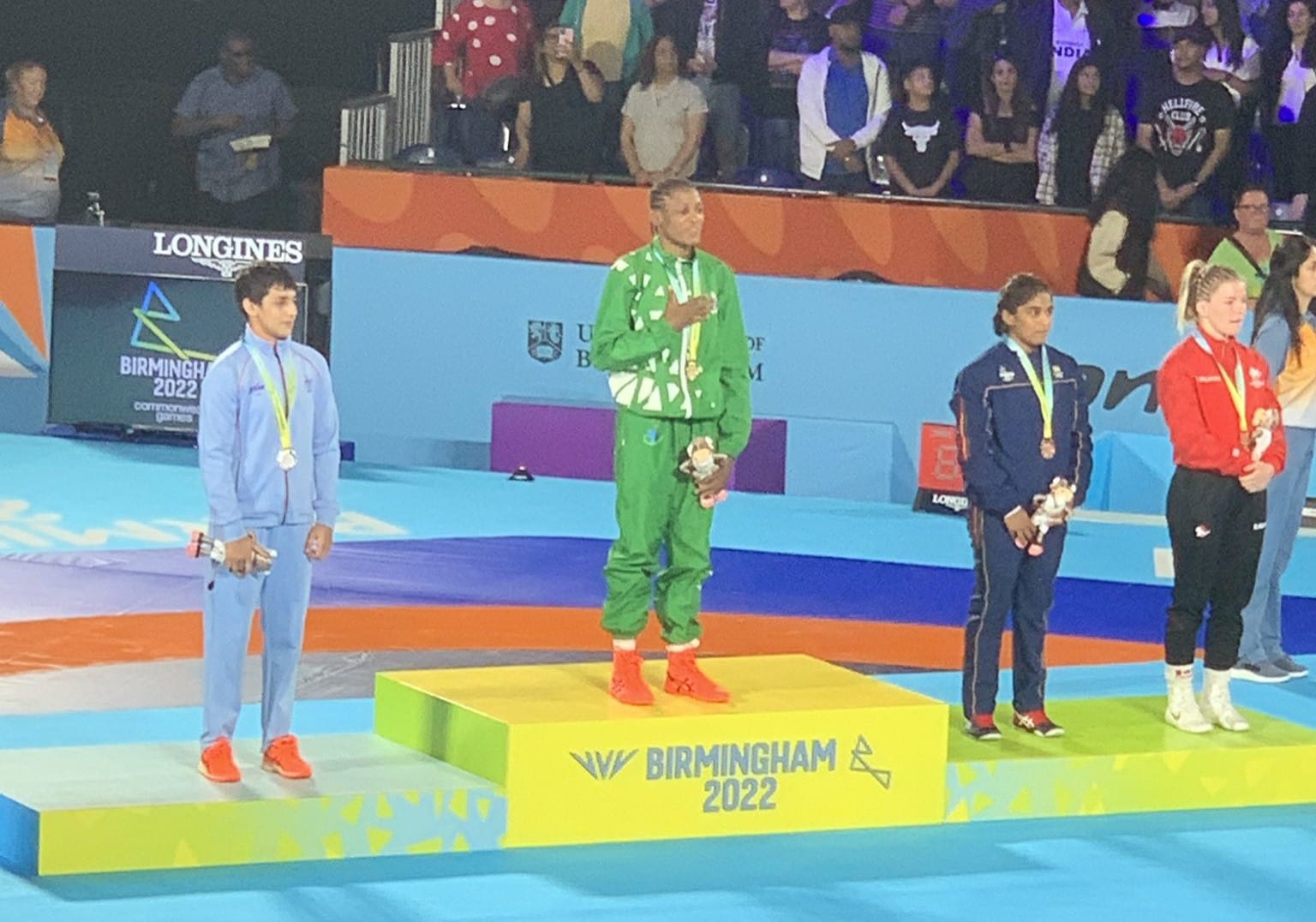 The 2018 Commonwealth champion defeated her opponent 6-4 in the final to successfully defend the crown she won in Gold Coast four years ago.

The victory serves as a good tonic for her after she dramatically failed to make podium finish during 2020 Olympics.

En route to the final, the reigning African champion defeated Canada’s Hannah Taylor in the semis in a swashbuckling 10-0 victory.

The win further increases Nigeria’s gold medals so far to six, with more medals still on the offing for the nation.