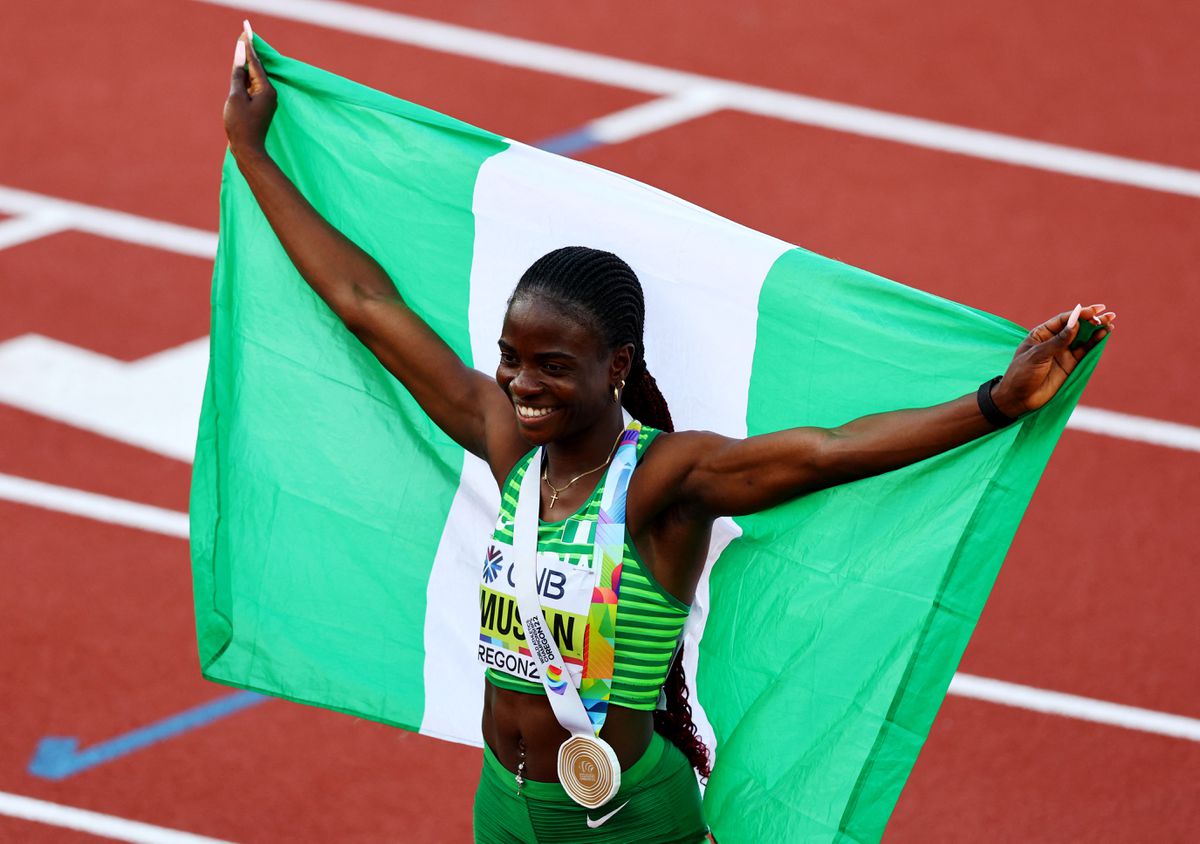 World record holder, Tobi Amusan will be competing for the first time since her epic achievement in Eugene on what was a Super Sunday in her career, becoming the first African woman to run a world record in the 100m hurdles.

All eyes will be on Amusan in a packed Alexander Stadium in Birmingham, as she looks to successfully defend the Commonwealth Games title she won four years ago in Gold Coast. Only this time, spectators won’t be keeping an eye on whether she can retain her title. Rather, they will be keen to see just how fast she can do it.

It should be a straightforward race for Amusan, running in heat three and coming up against familiar hurdlers like Australia’s Michelle Jenneke, whom she faced in that much-talked-about semifinal at the World Championships.

Being the first woman in history under 12.20s surely has its pressure, but Amusan won’t be fazed by the occasion, now getting accustomed to the glitzy stardom of a superstar athlete. If she was able to shake off the distractions of running a World Record of 12.12s in the semifinal, returning to run a windy 12.06s and clinch gold, then there’s no pressure in Birmingham that she won’t be able to surmount.

When she won gold in Australia in 2018, she was breaking out as a hurdler of repute. While many could argue that she won the Commonwealth title then because the home favourite Sally Pearson was injured, there’s no guarantee that Amusan wasn’t going to cause an upset.

Now, she goes into the Games as the overwhelming favourite to win, and surely anything other than a gold medal from her would look like an upset. She has set a very high bar, not just for herself, but also the new fans she has won over in the last two weeks.

They might not be meeting yet at the competition, but the duo of Favour Ofili and Christine Mboma could set up a clash in the final, looking to make it out from their respective 200m semifinal heats. Both women won their heats to qualify for the semis, but Ofili looked to be in much better shape than Mboma, who might not yet be at 100 per cent, taking it one race at a time.

Ofili and Mboma are the only African women to go under 22s in the 200m, and if they make it out of their semifinals as expected, they should be strong favourites to challenge Jamaica’s Elaine Thompson-Herah.

In the men’s 200m semis, both Cameroon’s Emmanuel Eseme and Ghana’s Joseph Amoah should make it out from their heats into the final. Eseme ran what would have been a new Personal Best of 20.44s, but for the excessive tailwind of (+2.1), while Amoah put down an easy 20.58s in his heat. Both are in good form going into the semis.

It is left to be seen how much Zambia’s Muzala Samunkonga has recovered, having exerted himself so much in the 400m heats. The African champion became the second Zambian athlete to run below 45s after Samuel Matete, running a new PB of 44.89s.

Going into the men’s 400m semis on Friday, Samunkonga might have learnt how to conserve for the big one, if he is to make it on the podium and not suffer from burnout in the final. Botswana’s Ngozi Zibane and Leungo Scotch will be content on making the final from heats two and three respectively, looking to follow in the path of the legendary Isaac Makwala.

Competing in her first 3000m Steeplechase final at the Commonwealth Games, Kenya’s Jackline Chepkoech will have to be at her very best, possibly bettering her PB of 9:15.97 if she is to beat Uganda’s Peruth Chemutai in the final. This is one event that could swing either way, with the field being an unpredictable one.

While in the women’s Long Jump, world silver medallist Ese Brume will be looking to win the title that launched her career eight years ago in Glasgow. Brume broke out in 2014 after surprisingly winning the gold medal as a then 18-year-old.

She returns to the Commonwealth Games as a firm favourite for gold, but she will have to avoid the scare she had in Oregon when she needed a last round attempt of 6.82m in the qualification rounds to make the final.

Nigerian Shot Put champion Chukwuebuka Enekwechi will hope he can upgrade silver to a gold medal from four years ago in Australia, but he will be up against defending champion Tom Walsh, who will be eager to win a medal, having missed the podium at the World Championships.

In this article:Commonwealth Games, Tobi Amusan