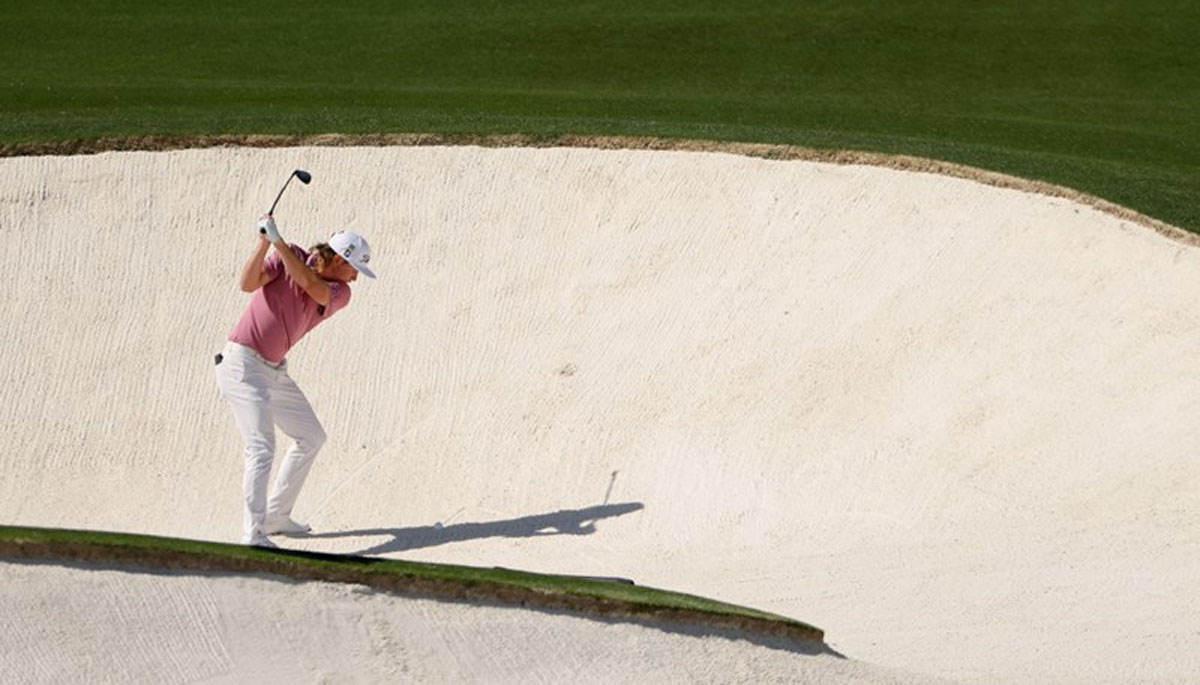 One “terrible swing” drowned Cameron Smith’s hopes of a major breakthrough at the Masters, where the Australian with an affinity for Augusta National settled for a share of third behind Scottie Scheffler.

Smith, the world No 6 who arrived at Augusta riding the momentum of a prestigious Players Championship win in March, went into the final round three shots behind leader and eventual winner Scheffler.

He applied pressure early with a birdie-birdie start as they dueled in the final pairing.

But bogeys at the third and fourth saw him right back where he started, and when he hit his tee shot into Rae’s Creek on the way to a triple-bogey at the 12th, Smith knew his challenge was over.

It was all the more disappointing as he was coming off just the 10th birdie of the week at the tough par-four 11th.

“It was a terrible swing,” said Smith, who knew as soon as he struck it. “Probably one of the worst swings of the week and just at the worst time of the week.

“But I’ll grow from this and be stronger for it.”

Smith is just the latest player to see his Masters aspirations quenched at the 12th, a list that includes Aussie legend Greg Norman in 1996.

His frustration was evident at the 13th when he was unable to get himself in range for a much-needed birdie at the par-five and smacked his club on the ground.

A bogey at 14, where his tee shot found the trees left of the fairway, saw him slip further back, a pair of birdies at 15 and 16 allowing him to join Ireland’s Shane Lowry with a share of third place on five-under 283 – 10 shots behind Scheffler and two behind runner-up Rory McIlroy.

Smith, who opened the year by edging then-world No 1 Jon Rahm to win the US PGA Tour’s Tournament of Champions in Hawaii, has challenged before at Augusta.

He finished tied for fifth in his second appearance in 2018, tied for second in 2020 behind Dustin Johnson in the pandemic delayed event, and had another top-10 last year.

He said he remains confident he’ll eventually join 2013 winner Adam Scott – to date the only Masters champion from Australia – in donning a green jacket.

“I feel like I’ve played some of my best golf around here,” said the man with the distinctive mullet hairstyle. “It just hasn’t quite been my time yet.

“A couple of lucky breaks here and there, and I’ll be putting the green jacket on, I’m sure, one day.”