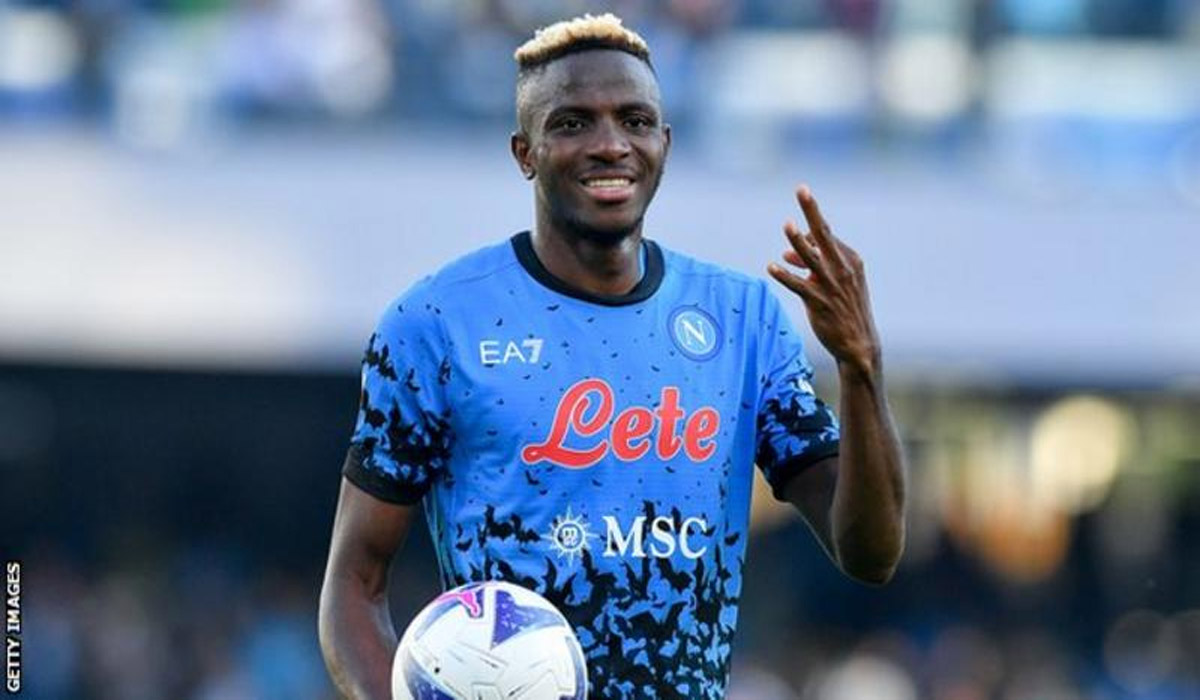 Nigeria international Victor Osimhen hopes he can continue his goalscoring form after netting a hat-trick for Napoli in the 4-0 win over Sassuolo in Serie A.

The 23-year-old’s superbly-taken treble on Saturday helped Napoli extend their lead at the top of the table.

He scored twice in the first 19 minutes and dinked in his third 13 minutes from time to make it seven league goals this season – and give him a share of first place in the Golden Boot race with Austrian Marko Arnautovic.

“That was my first professional hat-trick so I’m really excited about it,” Osimhen told BBC Sport Africa.

“It’s been a great return after a few challenges at the start of the season and hopefully I can continue this form.

“As a striker you always want to help your team so I want to stay hungry for more.”

Osimhen spent over a month out with a thigh injury but has scored six goals in his past four outings across all competitions since his return.

He has become the fifth African to score a hat-trick Italian Serie A after Liberia’s George Weah (for AC Milan in 1998), Cameroon’s Patrick Mboma (Cagliari in 1999), Egypt’s Mohamed Salah (AS Roma in 2016) and Senegal’s Keita Balde (Lazio in 2017).

Former Wolfsburg and Charleroi forward Osimhen moved to Italy from Lille two years ago and, after two “learning seasons”, the Super Eagles star is leading the way in Napoli’s hunt for a first league title in 33 years.

“No-one knows it all. I continue to grow and learn,” he added.

Napoli are back in action on Tuesday, when they travel to Liverpool in their final Champions League Group A match (20:00 GMT). Both teams are already assured of a place in the last 16.

Surpassing Maradona’s records
With Osimhen in clinical form, Luciano Spalletti’s Napoli have built a five-point lead at the top of Serie A after 12 rounds.

The club’s current run of 13 straight wins in all competitions has surpassed the previous record of 11 set by Diego Maradona’s side in 1986-87, the season in which the Argentina legend captained Napoli to their first ever league title.

“I would like to congratulate all of my team-mates. They’re top players and the whole squad is blessed with quality,” Osimhen told the club website.

“I’d also like to thank the coach for the faith he’s shown in me and I’m keen to keep this up, both individually and collectively.

“Every time I score I dedicate my goal to my daughter. This hat-trick is for her.”

Back in June, Osimhen scored four goals as Nigeria thrashed minnows Sao Tome e Principe 10-0 in qualifying for the 2023 Africa Cup of Nations.

An Under-17 World Cup winner with the West Africans in 2015, he is the top scorer in qualifying for the 2023 Nations Cup, with five goals. 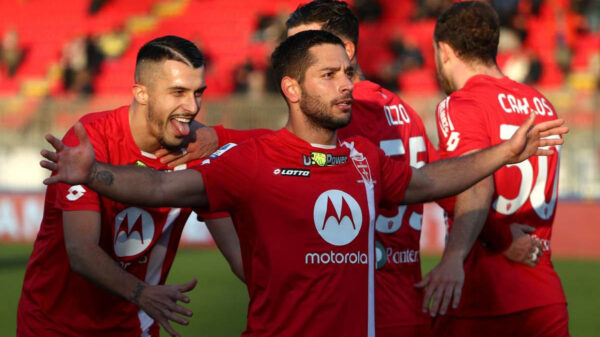 Sassuolo extends winless streak as they draw 1-1 with Monza

Monza could have taken an early lead against their out-of-form visitors, when a clever backheel from Andrea Petagna played Gianluca Caprari in. There was... 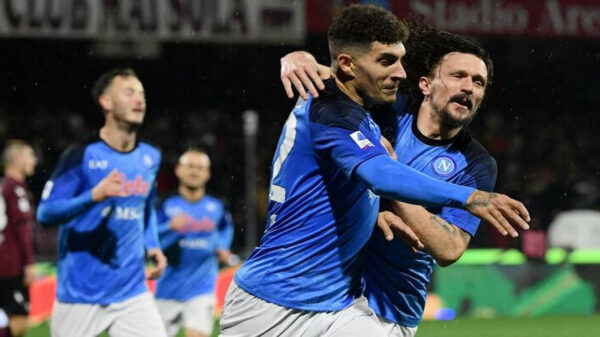 Napoli thrashes Salernitana in a 2-0 win

Salernitana came into this clash against the likely champions-elect with grim emotions and rampant uncertainty, having endured a tumultuous week involving an 8-2 thrashing... 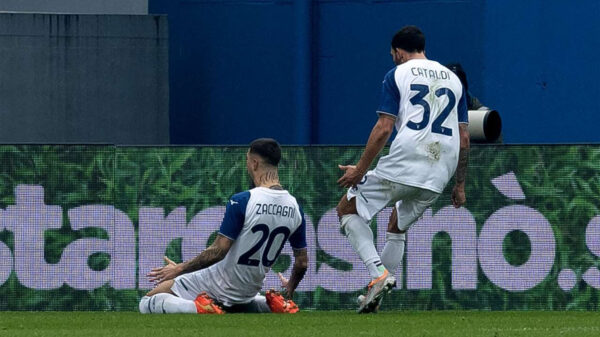 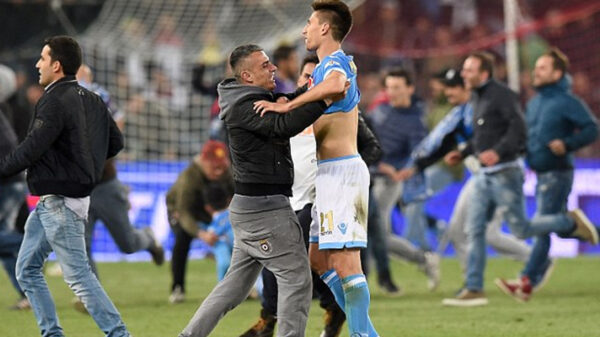 Napoli, Roma fans given 2 month away ban after clashes

Italy’s Interior Minister Matteo Piantedosi on Saturday ordered a two month ban on away matches for supporters of AS Roma and Napoli, after they...