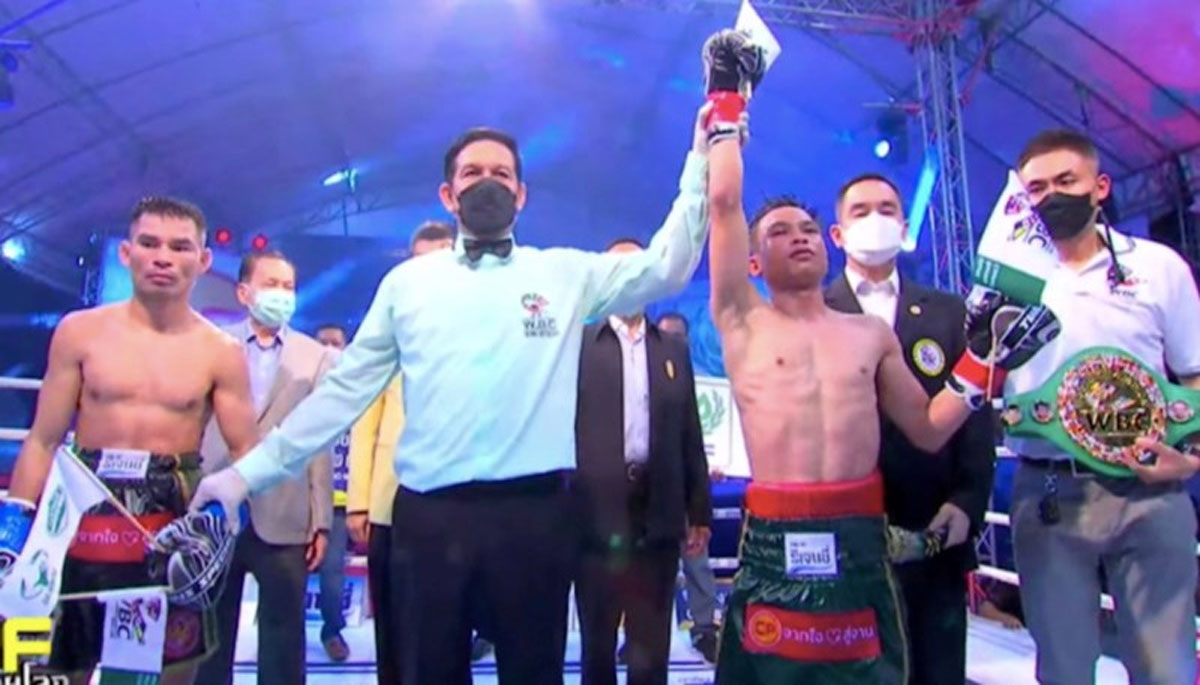 The scores were 117-111 on all three judges’ scorecards. Using the WBC scoring system, after four rounds the score was 39-37 Menayothin and 38-38, 38. Pradabsri moved ahead 77-75, 78-74 twice after the eighth round. This was a rematch and a slugfest throughout, with very little in it through the first four rounds.

However, the champion edged ahead after eight rounds and dominated round nine. The challenger tried desperately to catch up, but the champion finished strongly to take a hard-earned decision. The 31-year-old Pradabsri improved his record to 38-1; 23 and Menayothin, 36, saw his record drop to 55-2; 9.