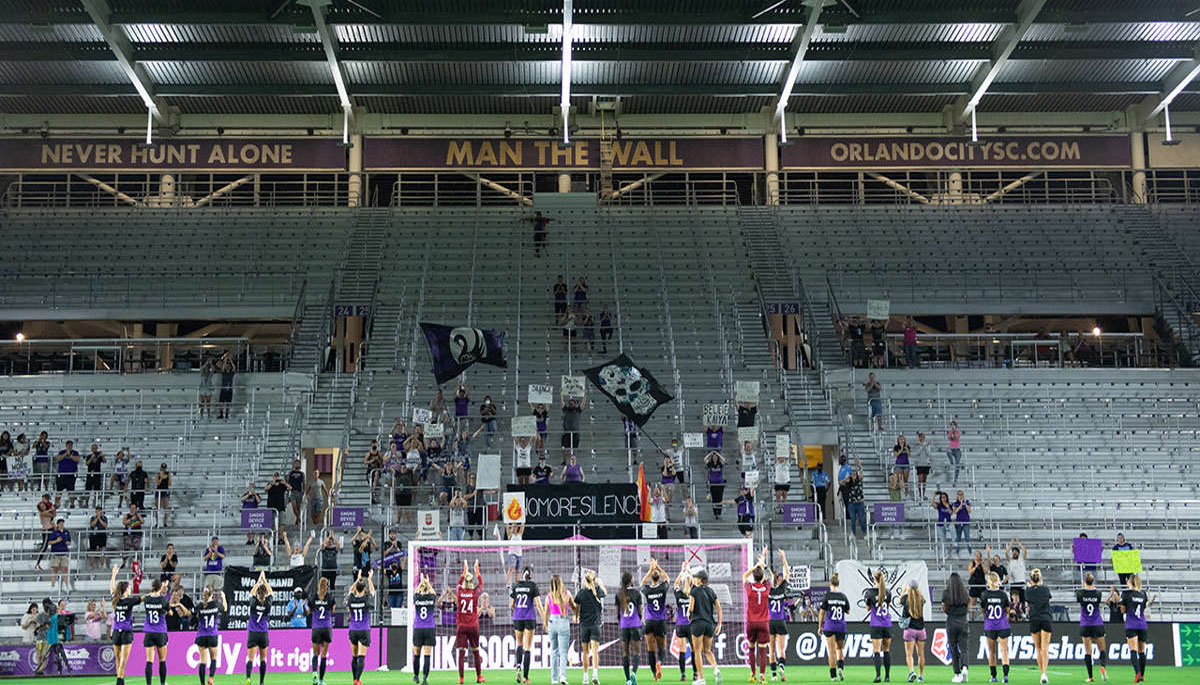 The Orlando Pride apologized after a supporters’ group was told it could not display a banner that said “gay” at a match this weekend.

The Black Swans’ banner was in reference to Florida’s recent legislation dubbed by critics as the “Don’t Say Gay” bill. The supporters’ group went to Twitter, claiming the sign was deemed political and removed.

In the fallout, the front office for the National Women’s Soccer League team said it would meet with the group to find out what happened.

“These conversations resulted in one ultimate and important conclusion: a mistake was made when the club asked the Black Swans to remove the banner that said ‘GAY,’” the team said Tuesday in a statement.

The Pride’s statement said the team wrongly focused on policies and procedures surrounding signs and banners, rather than the meaning of the message. The team was playing the opening match of the NWSL’s Challenge Cup against the Washington Spirit on Saturday.

The Pride have long championed LGBTQ+ rights, and there are 49 rainbow-colored seats at their home stadium to honor those killed in the Pulse nightclub shooting in 2016.

“Our city is no stranger to the dangers that come from hateful rhetoric and intolerance. We oppose the Florida legislation which promotes ostracization and discrimination of LGBTQ+ students in our schools and their families,” the statement said.

As a result, supporters were especially dismayed by the club’s decision not to allow the banner. The team said it is committed to communication with the fans going forward.

“It is a privilege and duty to create a safe, inclusive environment at Orlando Pride matches, and the club deeply apologizes for violating that trust through this incorrect decision. Moving forward, the Black Swans have approval to hang the banner at Pride home matches if they wish to do so,” the team said.