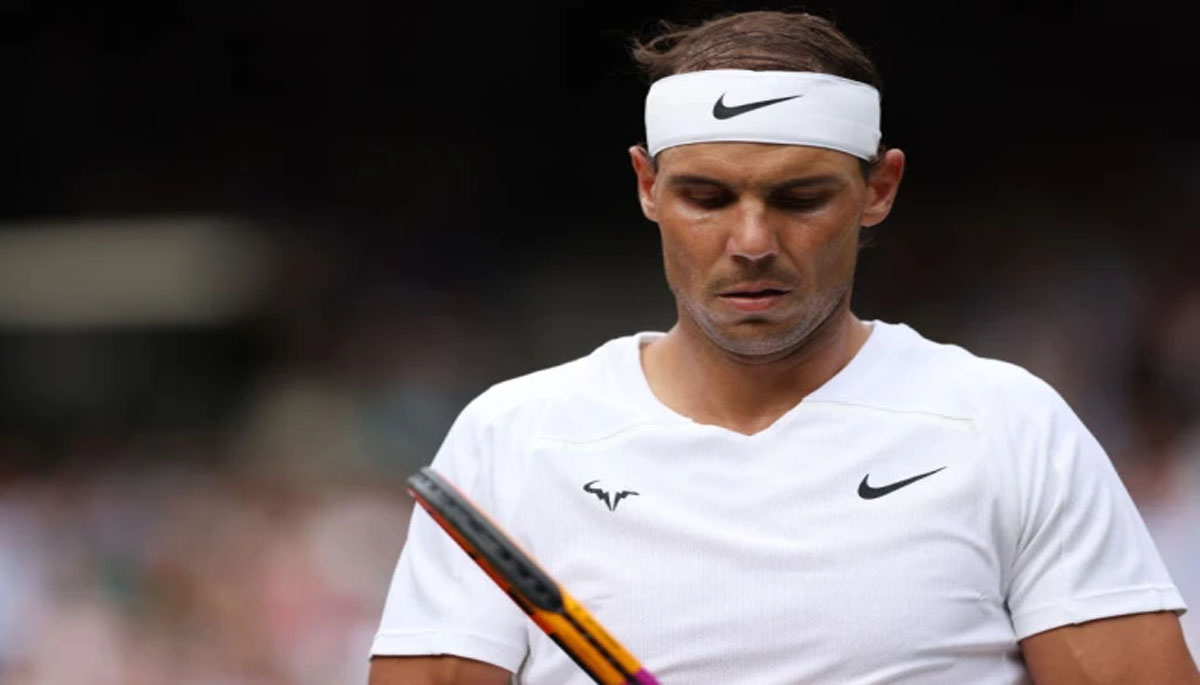 Rafael Nadal has been forced out of Wimbledon through injury (Picture: Getty Images)

Rafael Nadal has withdrawn from Wimbledon ahead of his semi-final with Nick Kyrgios, meaning the Australian will get a bye into the men’s singles final.

The Spaniard has an abdominal injury which he was struggling with during his quarter-final victory on Wednesday and it has proved too much for him to continue at SW19.

Spanish publication Marca reported earlier on Thursday that Nadal had suffered a 7mm abdominal tear, but he was still hoping and planning to play his semi-final with Kyrgios on Friday.

However, it appears that the injury has proved too severe and Nadal’s chances of winning a Surface Slam and Channel Slam this season are over.

The 36-year-old said on Thursday evening: ‘I have a tear in the abdominal, the muscle. I was thinking about the whole day about the decision. But it doesn’t make sense to keep going. If I keep going the injury will get worse and worse. I feel very sad to say that.’

‘I make the decision because I don’t believe I can win two matches under the circumstances. It is not only I can’t serve at the right speed, it is I can’t do the normal movement to serve.

‘After that to imagine myself winning two matches, and for respect for myself in some way, I don’t want to go out there and not be competitive enough to play at the level I need to play to achieve my goals.’

Kyrgios will now take on either Novak Djokovic or Cameron Norrie who meet in Friday’s semi-final. The Australian will be competing in his first Grand Slam final.