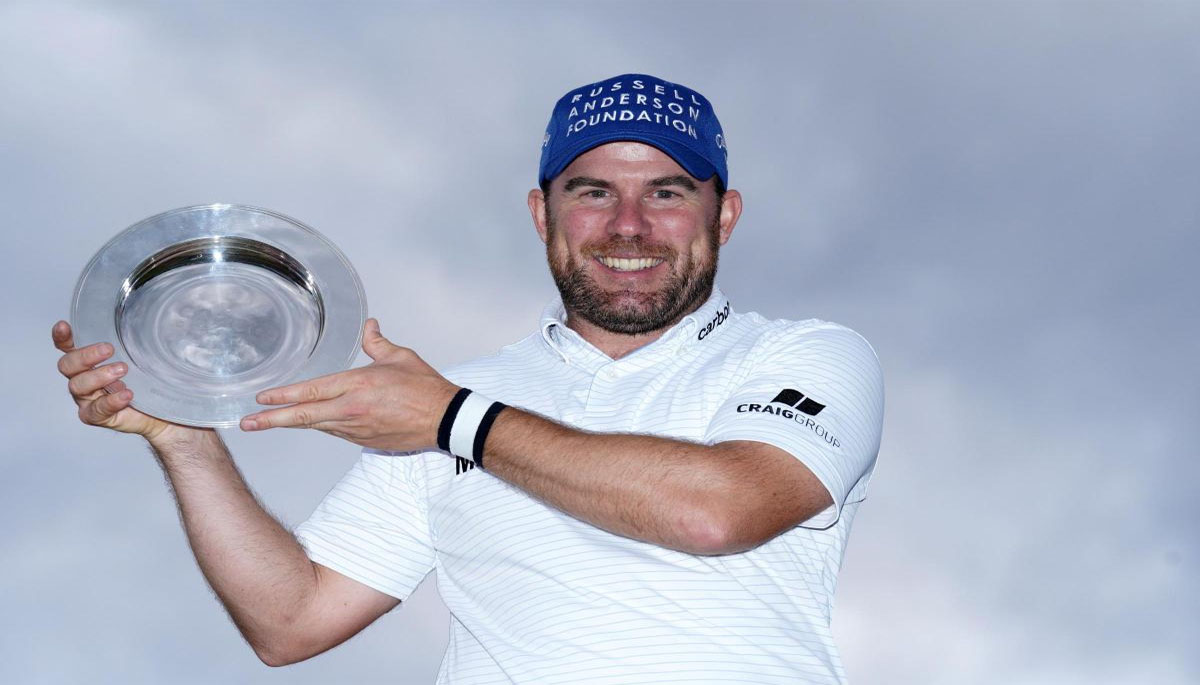 Richie Ramsay said his Cazoo Classic victory was for his daughter Olivia after he holed an eight-foot putt on the last hole to end a seven-year wait for a European Tour win.

The Scot’s fine finish at the Hillside course in Southport on Sunday saw him birdie three of the last five holes as he won his first tournament since the 2015 Trophee Hassan II.

But it was the 39-year-old’s two-putt from the front of the green on the last that completed a round of 69 and a 14-under-par total to secure a one-shot win over local favourite Paul Waring.

Ramsay had not enjoyed a tournament win since his daughter was born, although he led by one shot at the British Masters at The Belfry in May only to hit his second on the last hole into the water and finish with a double-bogey six.

“I said I’d get her a trophy,” he told Sky Sports. “I haven’t won since my daughter was born and that’s six years. That one is for Olivia.”

Ramsay was aided by a poor final round from overnight leader Julien Guerrier. The Frenchman had moved three shots ahead of the field at the turn on Sunday, only to bogey three of his last six holes.