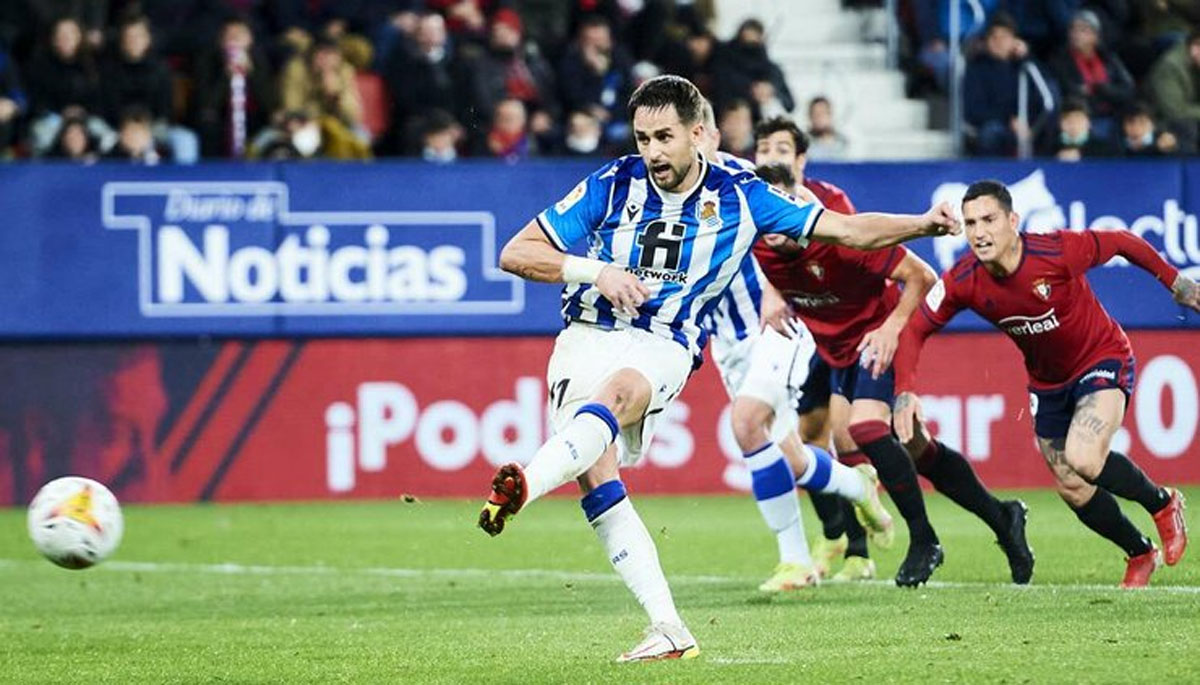 Timeless David Silva provided two wonderful goal contributions in a resounding 3-0 win for Real Sociedad at the Reale Arena. The result represents the first time this league season that the home fans have been treated to three home goals.

Sociedad were without ever-present centre back Robin Le Normand this evening, and with everything on the line for both sides at opposite ends of the table, you had the feeling another tight affair would ensue. For all the Yellow Submarine’s early pressure, Sociedad went ahead on the break midway through the first half.

The ball made its way to Silva centrally, and the decorated pass master found the in-form Alexander Sørloth, who finished through the legs of Jeremías Ledesma for his third goal in six outings.

Sevilla loanee Oussama Idrissi thought he had levelled for the away side just before HT with a stunning first time finish from a Tomás Alarcón cutback. However, VAR adjudged Alarcón strayed marginally offside in the build up, setting up all in attendance to witness a pivotal second half.

Far from witnessing a tense start to the second half, the Reale Arena saw Sociedad seal maximum points just seven minutes after the restart.

It went from bad to worse for Alarcón, who fouled a marauding Silva fractionally inside the box. Referee José Munuera showed no hesitation in pointing to the spot, giving Adnan Januzaj the chance to score his first since January. His stuttering run up saw Ledesma go down, allowing the Belgian winger to roll the ball home.

Visiting manager Sergio González rang the changes with a triple substitution, and it was Choco Lozano who went closest when getting in behind Martín Zubimendi, but Álex Remiro found the form that had seen him recently shut out visiting sides for over four months.

In stoppage time, Portu was again victim to a reckless challenge inside the box. He took the honour and rolled home for the first time in over a year. Top seven contenders Villarreal and Atlético Madrid are up next for Sociedad, but a UEFA Europa League spot is still in their own hands.

As for Cádiz, a final day outing against fellow strugglers Alavés may yet decide who stays up. With Real Madrid up next, just four points separates 17th placed Cádiz and 19th, as they look to make it back to back seasons at the top table for the first time since 1993.