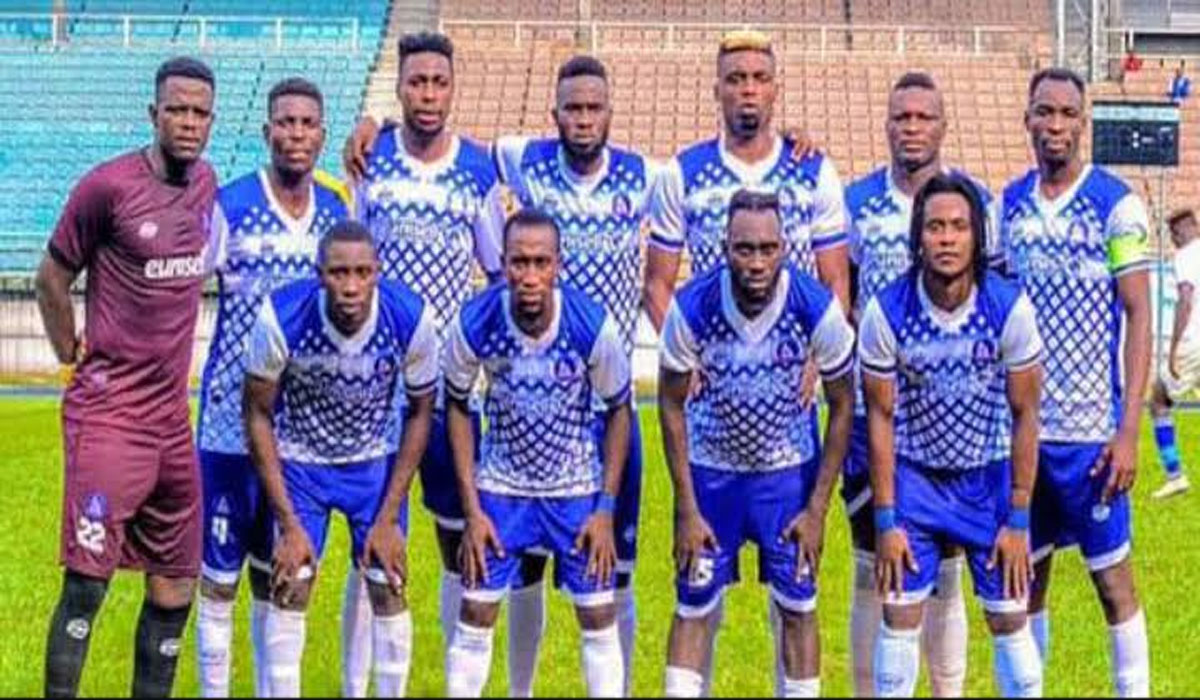 Rivers United football club of port Harcourt is one foot into the group stage of the caf confederation cup following a five-nil demolition of Al Nasr of Libya in the first leg of the playoff round of the competition.

The result was an improvement on their last experience on the continent, according to Stanley Eguma,who was delighted with the performance of his boys.

Rivers United came out of the blocks looking for an early goal, which they got on the spot in the 13th minute through Ebube Duru and two minutes later, Eyinnaya kazie doubled the Lead when he tapped in a loose ball off the hands of Al Nasr goal keeper,Asiyil Almiqasbi.

Ghanian import,Acquah Paul rounded off the Libyan goal keeper after receiving a defence splitting pass from Morice chukwu to score Rivers united third of the day in the 45th minute

Al Nasr,started the second half looking for a consolatory goal, they however paid for their surge upfront as Ebube Duru scored from the spot again for a ball handling situation in the box 26 minutes from regulation time before ohawume Chibuzor ,cemented the pride of rivers state lead with a grounder in the 72nd.

Coach of Al Nasr,admitted losing to a better side and looked towards the future for better performance.

For coach Stanley ,the race to the group stage of the caf confederation cup was still open for the grabs.
It is the first time ,Rivers united has scored as many as five goals in a single match on the continent.