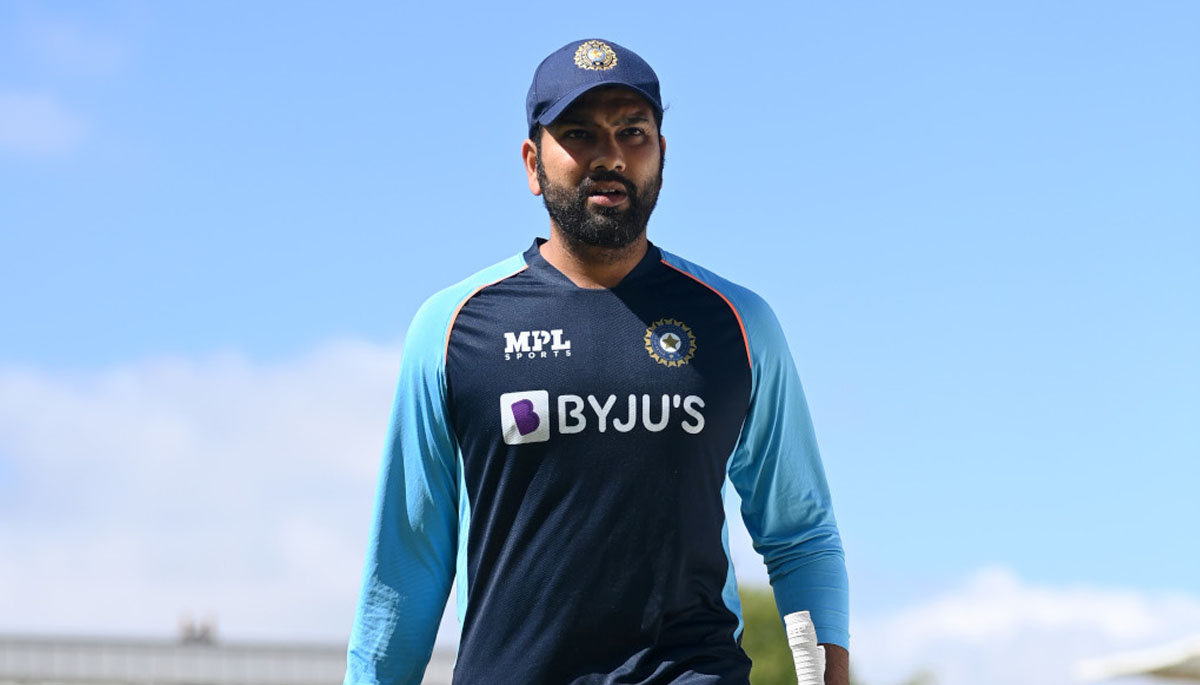 Where Virat Kohli struts and shouts, Rohit Sharma strolls and smiles, preferring a more genial approach to the art of cricket captaincy than his predecessor as India’s Test skipper.

The skipper “can make a difference by standing at the back because then he can make sure he puts his hand around everyone”, he said. The captain has to be “the least important member of the team”.

Kohli, his detractors would argue, felt the opposite.

He was the star, the centre of attention and the in-your-face riler of opposing teams and umpires alike, constantly marshalling and needling his troops.

What the two men have in common though is their prowess with the bat, albeit again with a different approach.

Kohli — who stunned the cricket world by stepping down as Test captain in January — is the swashbuckling number three or four, always busy between the wickets and grinding down the opposition.

Rohit, nicknamed “The Hitman”, is the rock-solid opener who from Chennai to Chester-Le-Street can quickly tear apart a bowling attack, blasting boundaries to all corners.

He averages just shy of 47 in Tests, second only to Kohli among current Indian players, and over 58 since he started opening the batting for India in October 2019.

Born to humble beginnings in Nagpur, the run machine made his Test debut in 2013, but was subsequently in and out of the side over the next six years, only cementing his place with twin hundreds against South Africa in his first match as opener, since when he has never looked back.

“I like Hitman, I love watching his cricket,” former England batsman Kevin Pietersen said before the announcement, one of a host of Indian and foreign cricket greats including former India coach Ravi Shastri to back him for the job.

Kohli is one of the best batsmen of his generation. Under his leadership India shot up the world rankings and became a force to be reckoned with outside the subcontinent.

This included winning a Test series in Australia for the first time, but India failed to win a single international championship during Kohli’s tenure.

With Rohit as captain, Indian Premier League side Mumbai Indians have won a record five titles. Under Kohli, Bangalore never lifted the trophy.

Whether he can repeat the magic with the dreams of 1.4 billion Indians on his shoulders remains to be seen.

His leadership skills will be sorely tested in a year of the T20 World Cup and the ongoing Test championship with an in-form Australia set to tour India in September. Next year is the one-day World Cup.

One worry is Rohit’s age — at 34 he is 18 months older than Kohli — and the associated fitness worries.

He already skipped the recent tour of South Africa, and his physique contrasts with lean-and-mean fitness fanatic Kohli, sometimes making him the butt of social media jokes.

Many would expect Rohit to remain as captain only for around two years, veteran sports journalist Sharda Ugra told AFP.

She added: “The case with Rohit was that he literally ended up as the last man standing in terms of captaincy and seniority.”