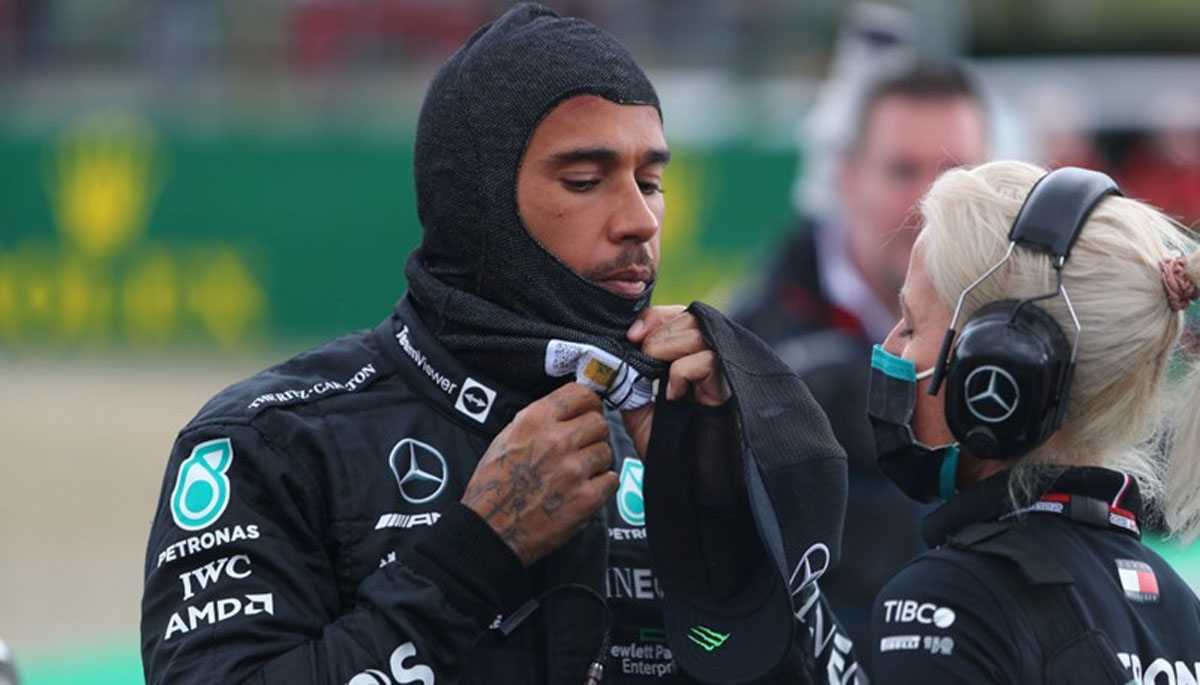 Seven times Formula One champion Lewis Hamilton has dismissed as “a bunch of nonsense” speculation about his future and said he remains fully committed to Mercedes despite receding title hopes.

The 37-year-old Briton was 50 points adrift of Ferrari’s Charles Leclerc after Saturday’s Emilia Romagna sprint race, with that gulf set to widen further after only four of the season’s 23 races. Mercedes are struggling with a “porpoising” car that bounces on the straights as aerodynamic downforce is gained and lost, and Hamilton qualified only 14th for Sunday’s main race at Imola.

Asked whether he would see out his contract, which runs to the end of next year, Hamilton said such comments were silly. “I am 100 per cent committed to this team. There’s nowhere else that I want to be. Just because we’ve hit a rough patch, it’s just not in my DNA to back out,” he told reporters.

“We are still world champions and we can fix this. It’s just going to take longer, it’s going to take a painful year. “I think, ultimately, this is going to be a painful year that we’re going to have to ride out together with belief that we can rectify it at some point, maybe through the year or even the worst case scenario, at least for next year.”

Hamilton said his current Mercedes was one of the worst he had driven in Formula One. “There are people that watch and say that I’ve never had a bad car. And I can assure you I have. The 2009 (McLaren) car was very, very far off, and was the worst car that I’ve had,” he said.

“This car currently is not far off that experience, but I think has a lot of potential, as did that car. We fixed it eventually and got back in the fight, or in the game. And I have the utmost faith that my team can do that here, too.” Hamilton, who won his first title with McLaren in 2008, failed to reach the podium in the opening nine races of 2009 before winning in Hungary.

Then, as now, Formula One underwent a rules revolution and Brawn GP stunned the field with a radical interpretation. “It was a brand new era of car and I remember coming back in February, or January, to the team, and the head aerodynamicists and team guys at the top were like ‘Oh, we’ve already hit our target’,” said Hamilton.

Hamilton said the current situation was different with Mercedes wrong-footed by what the wind tunnel was telling them and the reality of the car bouncing on track. “This experience is a lot harder to fix than we could have ever imagined,” he said.