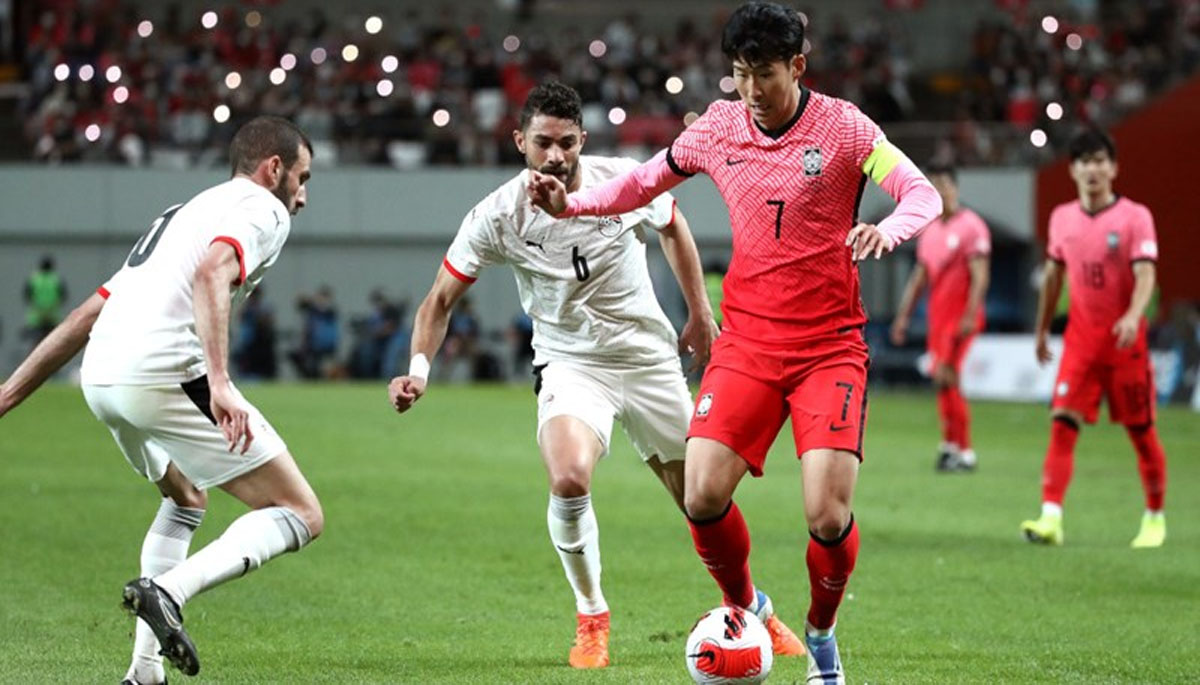 South Korea enjoyed a resounding 4-1 victory over Egypt playing without Mohamed Salah on Tuesday, capping off a run of four World Cup tune-up matches with their most convincing performance of the month. South Korean captain Son Heung-min, who shared the Premier League Golden Boot with Salah last season, made his fourth consecutive start but saw his goal-scoring streak snapped after two games.

The Son versus Salah showdown never materialised at Seoul World Cup Stadium, as the Liverpool star did not make the trip due to an unspecified injury. South Korea took the lead over the undermanned visitors on 16 minutes, when Hwang Ui-jo headed home a Kim Jin-su cross for his second goal in his past three matches. Hwang then set up Kim Young-gwon’s diving header six minutes later to give South Korea a 2-0 advantage.

Egypt fought back on 38 minutes, courtesy of Galatasaray forward Mostafa Mohamed, who took advantage of some confusion among South Korean defenders. After Ibrahim Adel’s first shot hit Kim Jin-su, several South Koreans raised their hands to signal possible handball instead of trying to clear the ball out of harm’s way. Mohamed jumped on the loose change and fired it home to make it a 2-1 game.

Following a quiet stretch in the second half, substitute Cho Gue-sung extended South Korea’s lead on 85 minutes with a right-footed curler from just outside the box. Kwon Chang-hoon then put the icing on the cake with a stoppage-time header.