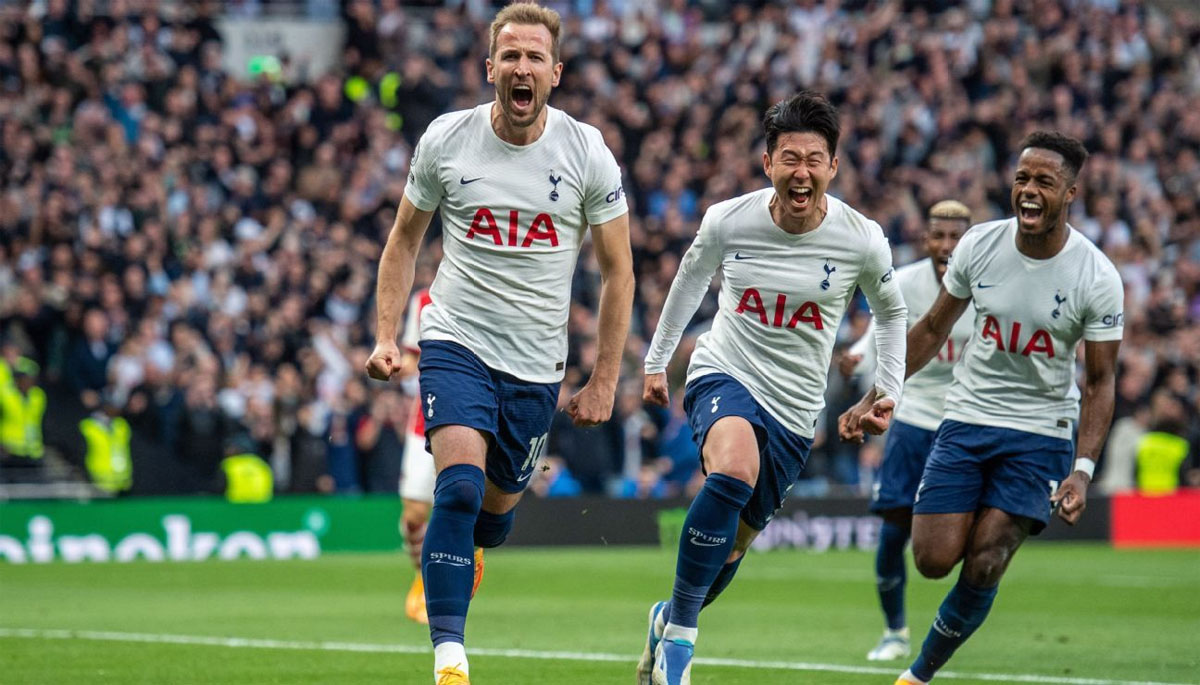 Tottenham kept their Champions League hopes very much alive with an emphatic 3-0 victory over Arsenal in a one-sided North London derby on Thursday.

In a match of huge implications at the Tottenham Hotspur Stadium between two fierce rivals competing for a spot in the top four, it was the hosts who dealt with the occasion far better to record their biggest league win in a North London derby since 1983.

Harry Kane scored a first-half brace, the first from the penalty spot on 22 minutes following a foul by Cedric Soares on Son Heung-Min and the second with a stooping header from close range 15 minutes later. Those strikes took Kane’s total in North London derbies to a record 13 goals in 17 appearances.

In between, Rob Holding received two yellow cards and a red for challenges on Son, the second featuring a forearm to the South Korean forward’s face, as Arsenal swiftly capitulated.

Son then made sure of the result by lashing home two minutes into the second half for his 21st Premier League goal of the season, putting him one behind Liverpool’s Mohamed Salah in the race for the Golden Boot.

In the battle for a top-four berth, Spurs, on 65 points, are now just a point behind Arsenal in fourth, and have a superior goal difference, heading into the final two games of the season. Chelsea, in third on 70 points and with a vastly superior goal difference, effectively need just a point from their final two games to be sure of Champions League football next season.

Arsenal will finish with games at Newcastle United on Monday before hosting Everton on the final day. Spurs, meanwhile, will welcome Burnley on Sunday ahead of a final-day matchup at bottom-of-the-table Norwich City.