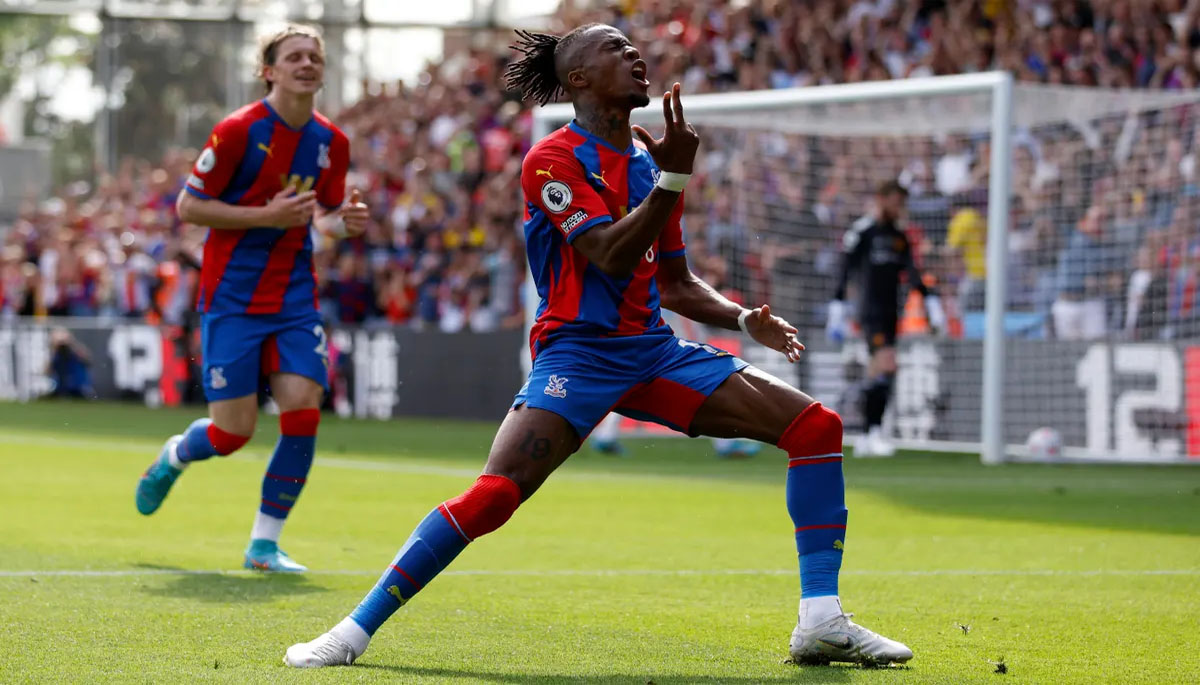 Manchester United ended the season with their lowest ever Premier League points tally after being beaten at Crystal Palace in front of new manager Erik ten Hag.

Former United winger Wilfried Zaha scored the winning goal in the first half, latching onto a through ball and turning Diogo Dalot before drilling a low finish into the corner.

United finished the disappointing campaign in sixth place but clinched a Europa League spot despite the loss – as West Ham were beaten by Brighton – while Palace ended the season in a respectable 12th place.

Zaha’s goal proved to be enough against a rudderless United side playing in front of Ten Hag, who was in the stands at Selhurst Park. The Dutchman is taking over a team from Ralf Rangnick which is bereft of any leadership or confidence.

The departing Edinson Cavani had a snapshot clawed out by Vicente Guaita and the Spanish keeper also brilliantly tipped over United midfielder Hannibal Mejbri’s first-time effort from the edge of the box.

Zaha and Jeffrey Schlupp both had low shots kept out by David de Gea, but United’s number one could do nothing about Zaha’s 37th-minute goal, which nestled into the bottom corner.