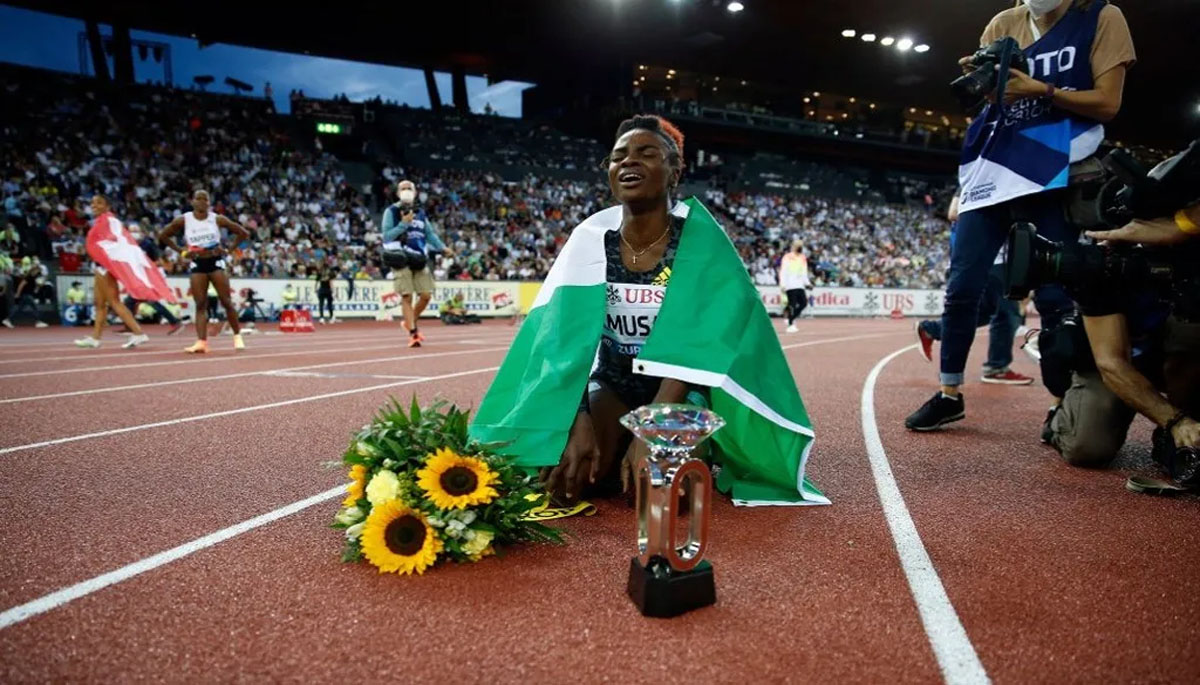 She finished 12.29 seconds to defend her Diamond League title. Tia Jones from the US trailed her after coming in 12.40s while Jamaica’s Britany Anderson ended third.

The Nigerian had won the Diamond League trophy last year in 12.42 seconds. She also set an African record.

“12.29! ” the Diamond League wrote. “Tobi Amusan defends her #DiamondLeague title with a new meeting record in the women’s 100m hurdles!”

Thursday’s victory is the most recent for Amusan who has been in a rich vein of form.

In July, she became the first Nigerian to win a World Athletics Championship gold. She was victorious in the women’s 100m hurdles in Eugene, Oregon, ending in an incredible 12.06 seconds.

During the semi-final of the event, Amusan clocked 12.12 seconds to smash the world record at Hayward Field. But her winning time was not recognised as a world record due to an illegal tailwind of 2.5 metres per second.

Weeks later at the Commonwealth Games, Amusan grabbed another record-breaking gold medal for team Nigeria. She blazed to a new games record of 12.30 seconds to retain the 100m hurdles she won four years ago in the Gold Coast, Australia.

That same month, she finished second in the women’s 100m hurdles at the Athletissima Diamond League meeting in Lausanne, Switzerland.

The world champion and world record holder was beaten to the first spot by Puerto Rica’s Jasmine Camacho-Quinn who ran a meet record of 12.34 seconds at the event. 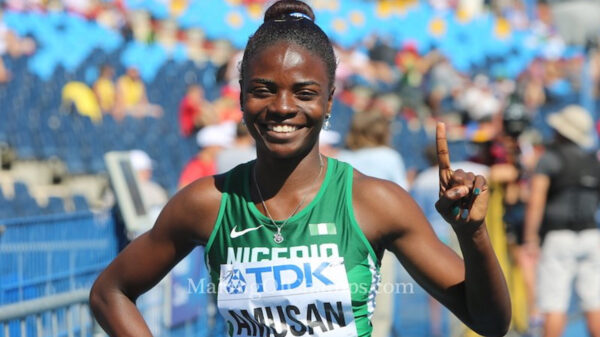 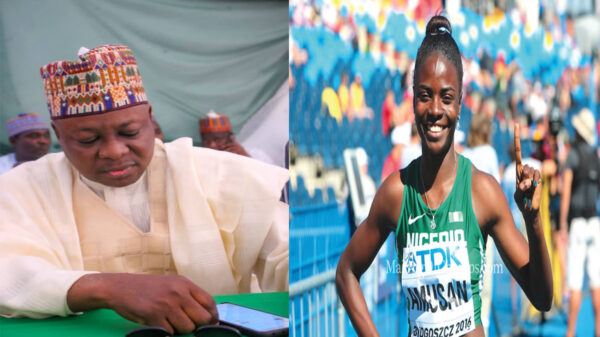 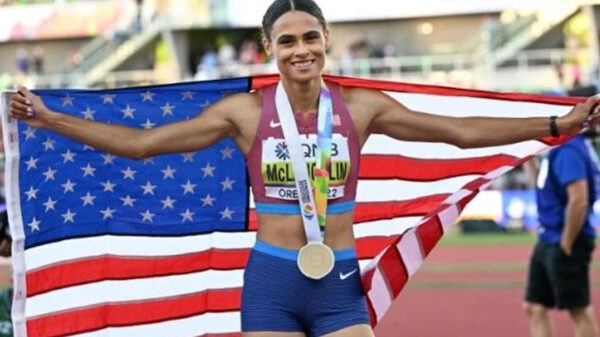 The World Athletics held its long-awaited award, on Monday night where America star, McLaughlin-Levrone won the women’s award at the expense of Nigeria hurdler... 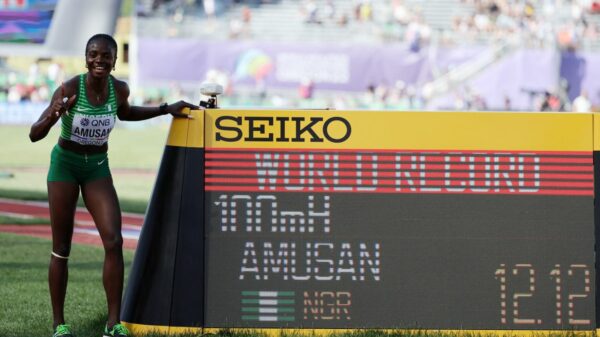 The World Athletics has ratified the women’s world 100m hurdles record set by Tobi Amusan at the 2022 World Championships. A statement by the...