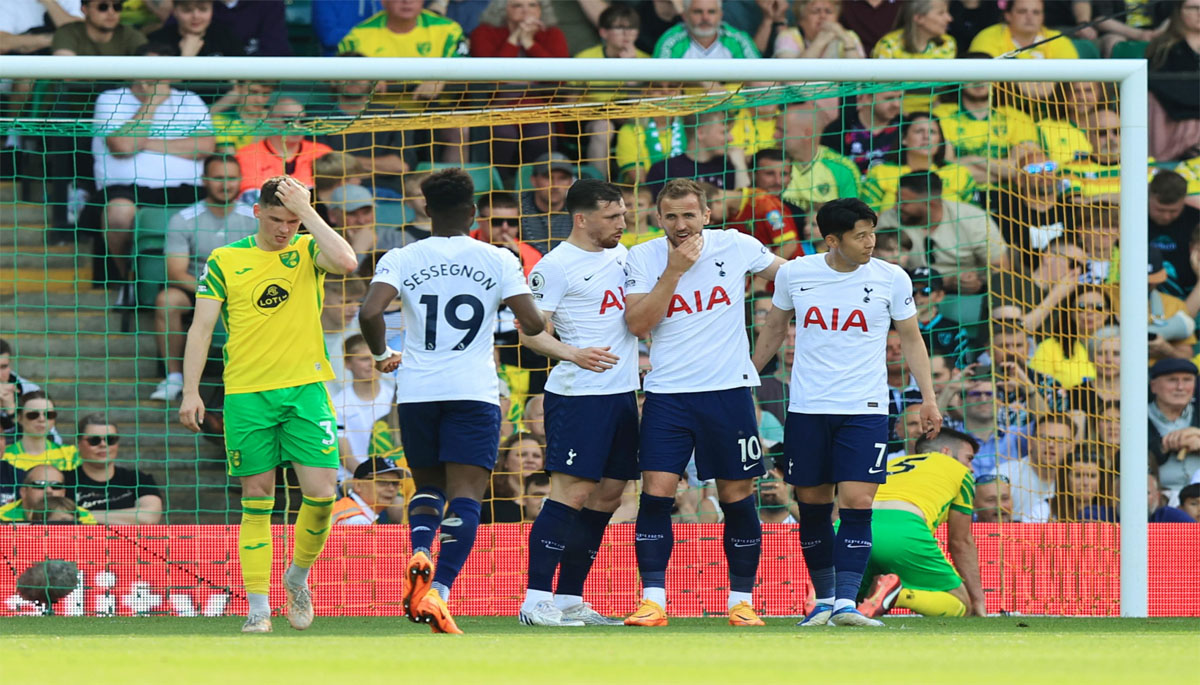 Spurs needed just a draw to seal a top-four finish, but ensured victory in stress-free fashion after first-half goals from Dejan Kulusevski and Harry Kane quickly dispelled any pre-match nerves among the travelling supporters.

Kulusevski added their third with a brilliant left-footed strike on 64 minutes before Son scored twice to give him a share of the Golden Boot, putting him level with Liverpool’s Mohamed Salah on 23 goals apiece.

Spurs finished two points clear of Arsenal, whose 5-1 victory over Everton ultimately proved inconsequential for European qualification. Tottenham’s return to the Champions League comes after a two-year absence, having participated in the Europa League and Europa Conference League in recent seasons.

Their qualification, helped by a 3-0 win in the north London derby on 12 May, will go down as a good ending to a turbulent season in which Antonio Conte was appointed boss following Nuno Espirito Santo’s miserable four-month reign.

Conte’s side confirmed their return to Europe’s top club competition with minimum fuss as they swept aside a Norwich team already preparing for another season in the Championship.