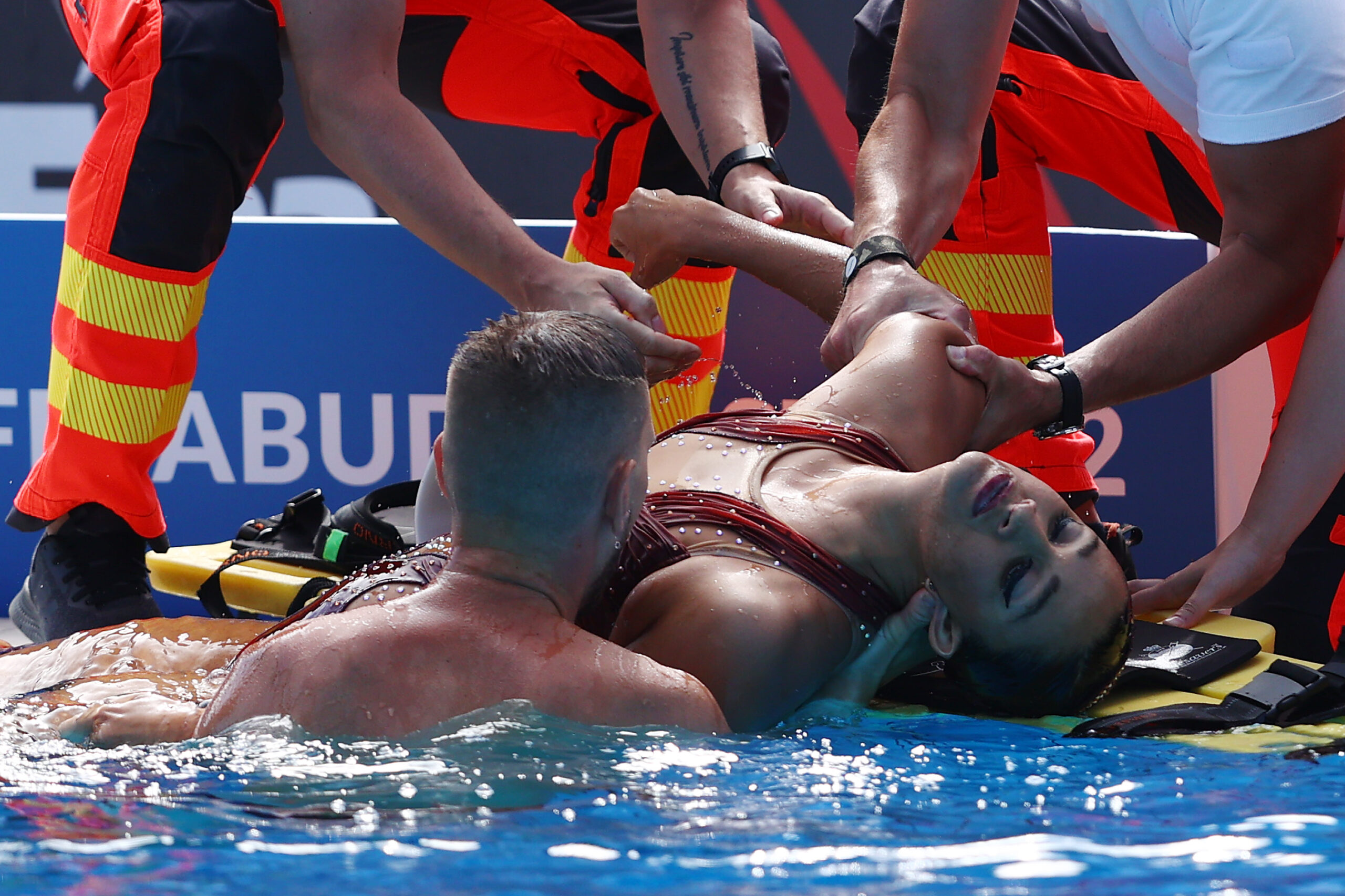 A Team USA Artistic swimmer who was dramatically rescued by her coach after fainting during the world aquatics championships in Budapest on Wednesday has spoken out about the harrowing experience.

“I remember feeling like it was a really great performance,” 25-year-old Anita Alvarez told NBC Nightly News in an exclusive interview following the Wednesday individual final, in which she finished seventh.

“Like, my best one by far and not only just how I performed, but just that I was actually enjoying it and really living in the moment, too,” he said. “So, because of that I feel really happy and really proud.”

Alvarez, who was joined by her coach, Andrea Fuentes, for the interview, said she gave “everything until the very end” of her performance.

“And then I remember going down and just being like, kind of like, uh oh, like, I don’t feel too great, and that’s literally the last thing I remember, actually,” she said.

Alvarez, a two-time Olympian, said she had “started to feel a little bit of numbness in my fingers and then honestly, just kind of everything went black and that was … kind of it,” she said. “It all happened really fast.”

In shocking images, Alvarez could be seen floating towards the bottom of the pool, apparently unconscious, after completing her solo free routine.

Her coach, Fuentes, who previously won four Olympic medals for Spain, quickly leapt into action, plunging into the water to save the swimmer.

Fuentes, still fully clothed in a T-shirt and shorts, could then be seen pulling Alvarez up towards the surface of the water before dragging her toward the edge of the pool with the help of an unidentified man.

“As soon as she was going down, immediately I know that something was wrong,” Fuentes told NBC News.

The rescue, she said, felt like it was “in slow motion.”

After coming to, Alvarez said: “I think right away, I knew I would be OK.”

“As soon as I started breathing and was awake and everything,” she said.

The incident was not the first time Alvarez was saved by her coach after fainting in the water, with Fuentes also coming to her rescue at an Olympic qualifying event last year in Spain.

“I mean, I say this all the time to her and to other people,” Alvarez said. “Just so grateful to have her as a coach.”

Alvarez is expected to decide with a doctor whether she can swim in the upcoming free team finals at the world aquatics championships. 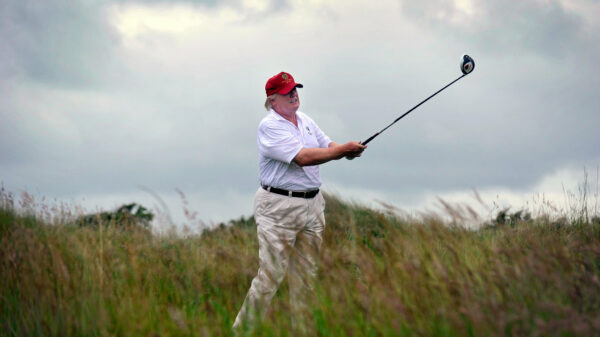 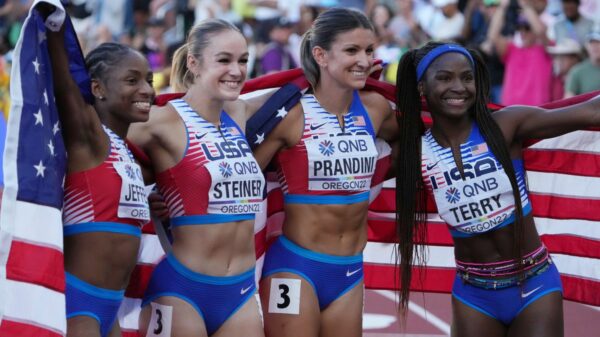 The American women’s sprint relay quartet pulled off a stunning upset over Jamaica at the World Championships on Saturday while a flubbed baton handover... 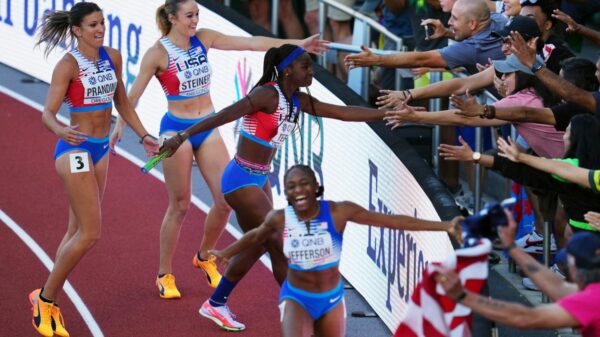 Jamaica fielded the three medallists from the women’s 100 metres in Saturday’s World Championships sprint relay but that was still not enough to prevent... 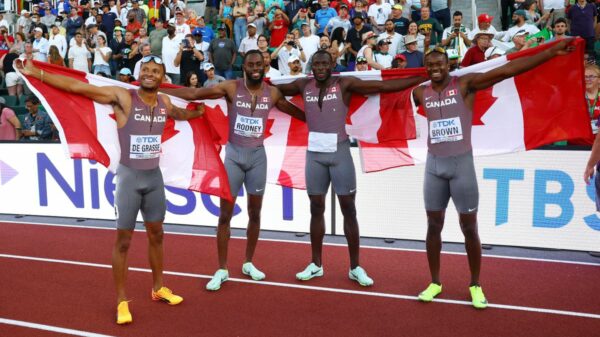 A flubbed final handover cost the United States gold in the men’s 4×100 metres relay on Saturday as Canada surged down the final straight...