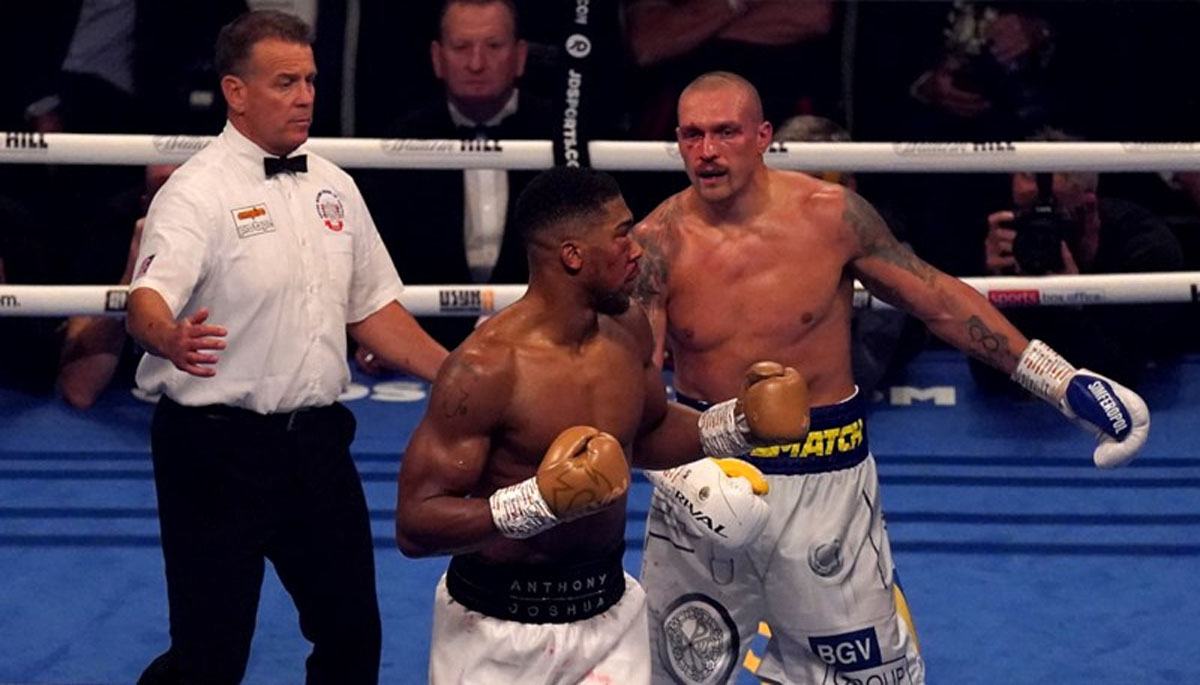 Usyk beat Joshua in front of a sell-out crowd at the Tottenham Hotspur Stadium in September to seize the WBA, WBO, IBF and IBO belts. Following Russia’s invasion of Ukraine, which Moscow calls a “special military operation”, Usyk returned to his homeland to join a territorial defence battalion, raising doubts about a rematch with Joshua.

However, ESPN reported last week that a fight between the two boxers would take place this summer after the Ukrainian sports minister gave Usyk permission to leave the country. “(Saudi Arabia) is under discussion at the moment,” Usyk’s promoter Alexander Krassyuk told Sky Sports.

“Late June is also the timing we are considering now. Many things will depend on how fast we manage to ink the papers. “The good thing is that Usyk is already in Europe to start his preparation.”The winner could be in line for a unification bout with WBC heavyweight champion Tyson Fury of Britain.