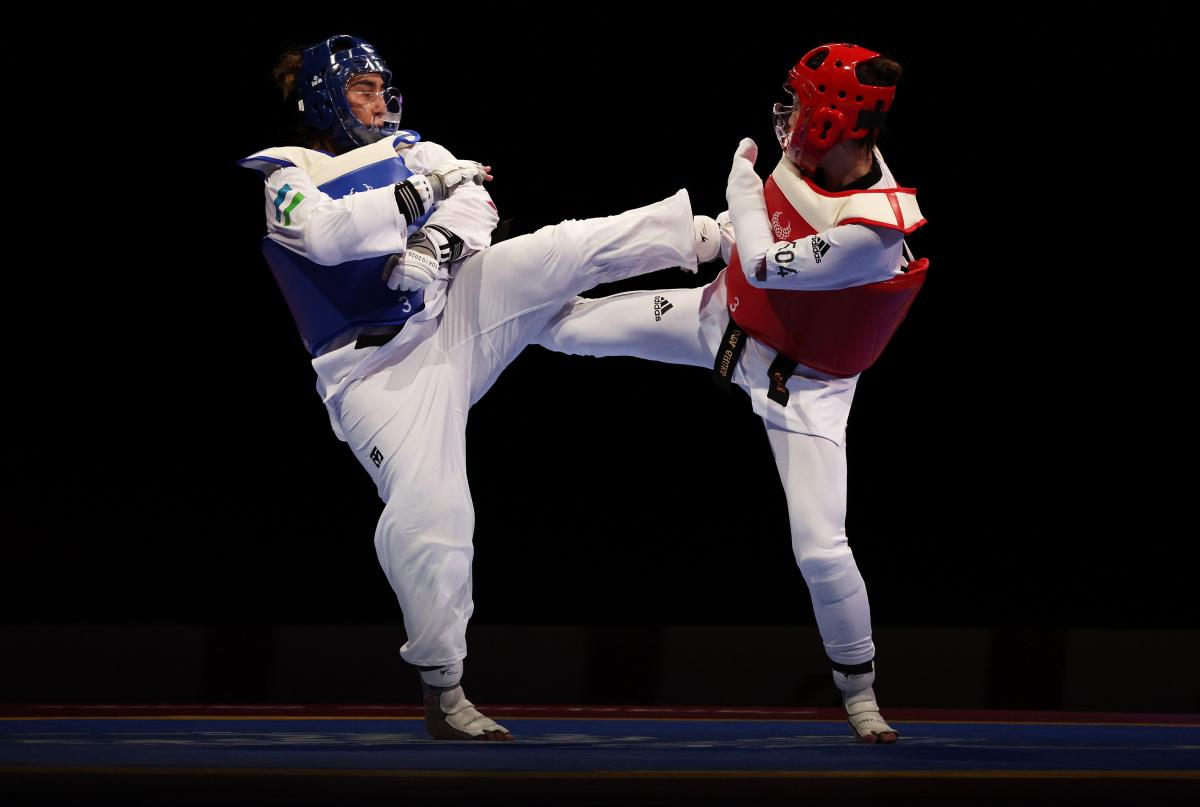 Uzbekistan’s Guljonoy Naimova went against the odds and secured gold in the women’s K44 +58kg division as the Tokyo 2020 taekwondo competition came to a close at the Makuhari Messe Hall this Saturday (4 September). In the final bout, she defeated Brazilian Debora Bezerra de Menezes 8-4.

In 2019, they shared the podium at the world championships, but it was the Brazilian who came out on top.

“I couldn’t lose this fight. My coach told me that I should win. I was as strong as I can (be). I feel relieved. “I didn’t have a lot of free time. I just worked, worked, worked for this and I knew I could do it,” said Naimova to the Olympic Information Services (OIS).

As for the Brazilian, who came into Tokyo 2020 as the 2019 world champion, Naimova was the best fighter today.

“She deserved that gold, definitely. She was very strong and tactical. I am so honoured to be able to compete with her. I admire her, she’s a great athlete. There’s that respect between us, inside and outside the field of play,” affirmed the Brazilian.

In the semifinal, Naimova defeated 2017 world champion Amy Truesdale. The British ended up with the bronze after beating Iran’s Rayeheh Shahab 41-31.

In the men’s K44 +75kg division, two-time world champion Asghar Aziziaghdam from Iran claimed the gold with a 12-10 win over 2015 world champion Ivan Mikulic, from Croatia.

“This is the first time para taekwondo is in the Paralympics, and I am really happy to be a part of this event and even happier because I had the chance to receive the gold medal,” said the Iranian.

Zainutdin Ataev from the Russian Paralympic Committee ended with the bronze. He prevailed over Mexico’s Francisco Alejandro Pedroza Luna 10-1.

Brazil finished first in the medal table with three medals, one of each colour. Medals were awarded in six different weight categories.