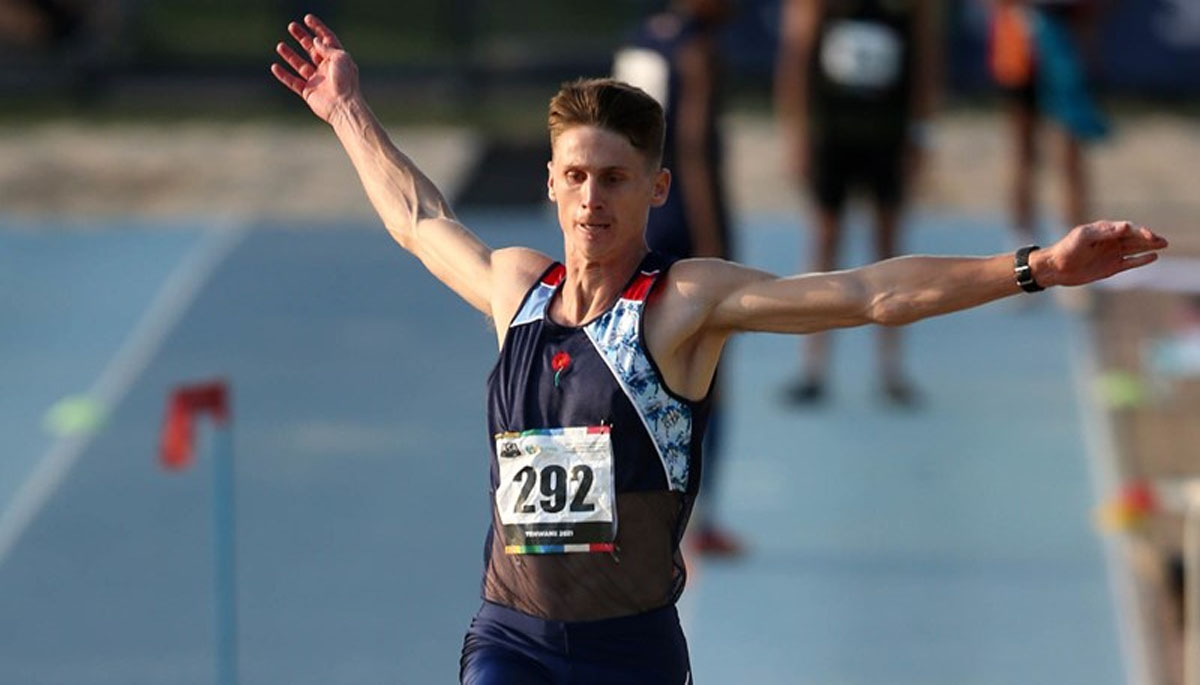 Yesterday, at the start of the last round, the Tuks student was second. Cheswill Johnson had jumped 8.02 metres, while Van Vuuren’s best was 7.92 metres. With the wind blowing as it did, there were no guarantees. Every jump boiled down to a gamble.

“I had so many thoughts crossing my mind when I lined up for the last jump. For a moment, I thought winning silver would still be a good result. But that was only for a moment. I had worked too hard to give up. I had to make my last jump count. If it did not work out, so be it. Knowing I gave it my all was all that mattered,” Van Vuuren said.

“The fear of overstepping made me overcompensate. I hardly touched the board; it did not matter. I had jumped 8.04 metres to win my first national title. The fact that I had jumped further than eight metres made it more special. I have become slightly snobbish this season. Eight metres is my benchmark.

“What made winning gold more memorable was being congratulated by Raswahl Samaai. I texted him before the competition, saying I wished he was with us competing. Raswahl, unfortunately, tested positive for Covid.” Samaai won gold during last year’s national championships. Van Vuuren was second. He is only the seventh Tuks student to win the long jump at the South African Championships in 20 years.

According to Neil Cornelius (coach), going big on the last jump is something they worked on the whole season. “Too often, I have seen how the Americans win gold with an impressive last jump. It is because they never give up. I want Jovan to be able to do the same. So often, we will create our own ‘do or die moment’ during training. It is to get Jovan used to performing under pressure. It paid off.

“We have also worked on getting Jovan to consistently jump further than eight metres. So far this season, he has done so in each competition. It led to him still being unbeaten. That breakthrough moment is bound to happen if he can continue doing so,” Cornelius said.

The women’s 400m-hurdles final promised to be a humdinger; the athletes did not disappoint. The two Tuks athletes, Zeney van der Walt and Wenda Nel duelled it out right up to the finish line. The 21-year-old Van der Walt won, running 55.75s, with the 33-year-old Nel finishing second, clocking 56.08s. It is sort of a changing of the guard. “It is kind of a bittersweet result, but hats off to Zeney.

She is a fantastic competitor who never gives up without a fight. It makes for exciting racing. I have the satisfaction of knowing that I had given it my all in my last race at the South African Championships. To have won nine titles is special.”But it is not all over yet. I am still going to race in Europe. The goal is to qualify for the World Championships and the Commonwealth Games.”