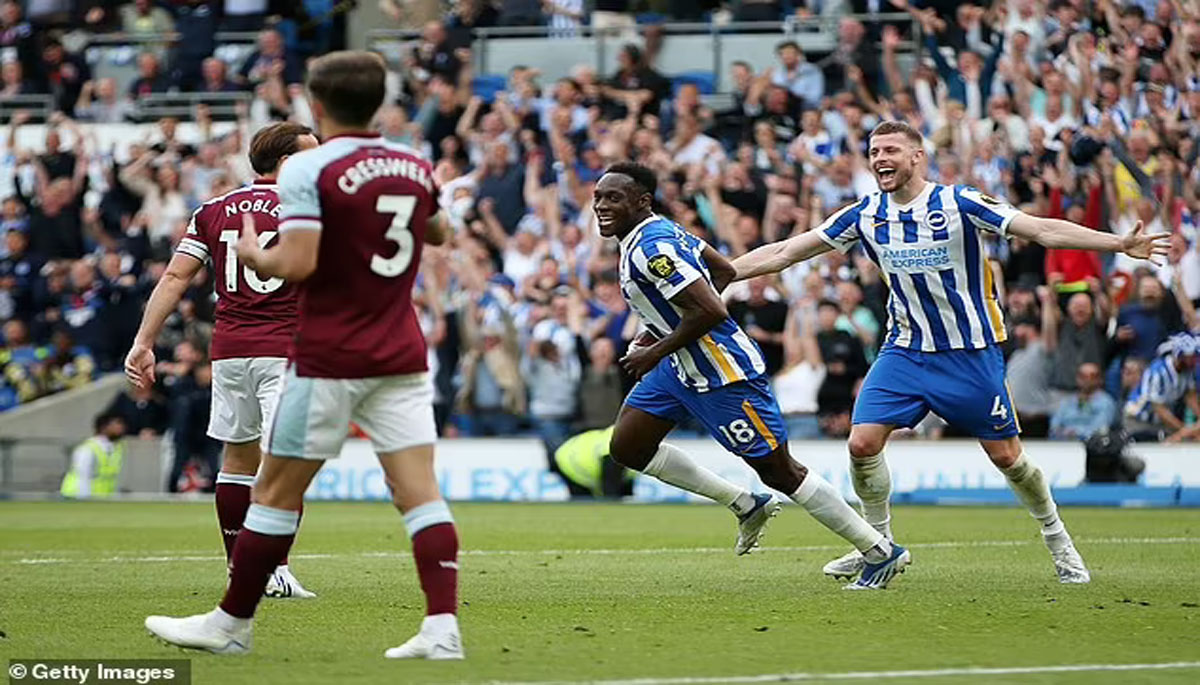 West Ham manager David Moyes said he was “angry with his players” after their Europa League hopes were ended by defeat at Brighton. The Hammers took the lead through Michail Antonio’s blistering first-half strike but will have to settle for a place in the Europa Conference League after Brighton staged a rousing second-half comeback at Amex Stadium.

“It doesn’t feel like I’ve done a good job this season at the moment because I wanted better,” said Moyes. “If today was anything to go by, we have to do a lot more than I first thought.” With Manchester United losing at Crystal Palace, three points for West Ham would have secured them a return to the Europa League after losing in the semi-finals of the competition earlier this month.

However, full-back Joel Veltman scored a rare goal for Brighton to level matters before Pascal Gross and Danny Welbeck completed the recovery and rounded off a record-breaking season at Brighton in style. “We’ve been resilient but we weren’t resilient today,” said Moyes.

“I’m angry with the players because I’m not going to have the way they performed. When we were winning, the players didn’t show that toughness and that bottle that they’ve had before. “We’re going to be a team at the bottom of the league if we are going to keep losing goals like we have.”