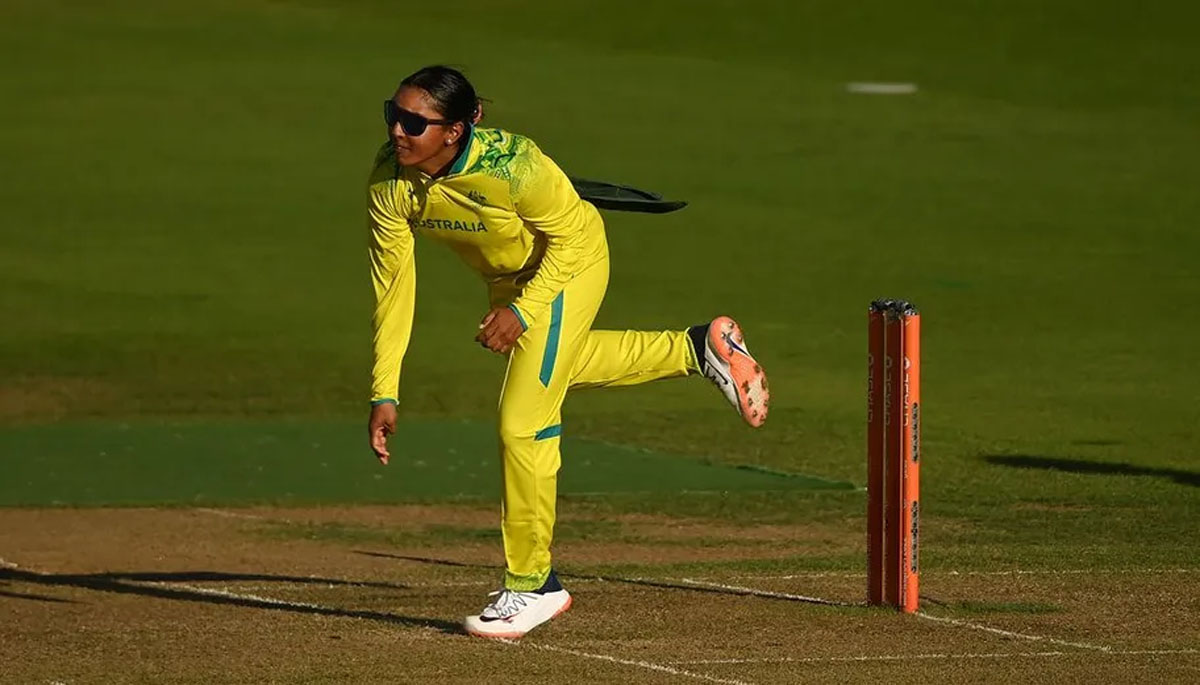 There was lots of sporting action to celebrate on day three at Birmingham 2022, with medals won in the Artistic Gymnastics, Weightlifting, Triathlon and Para Triathlon, Cycling, Rugby Sevens and Swimming.

Here, we round up the best of the rest:

BADMINTON
England stormed into the mixed team quarter-finals with a dominant 3-0 win over Canada.

Marcus Ellis and Lauren Smith set the ball rolling with mixed doubles victory, before Toby Penty won his singles and Ben Lane and Sean Vendy triumphed in the men’s doubles.

Smith praised their mentality to bounce back from defeat to Singapore on Saturday.

“Yesterday we didn’t play the conditions of the arena very well,” Smith said.

“It’s really slow out there and we played a slow, safe game when actually you almost need to be really bold and extra aggressive, and faster in the legs when it’s like this.

“Today we went out with a fresh mindset. We let yesterday slip out of our mind and said, ‘today we’ve got a job to do, let’s go out there and do it’. We really stamped our authority.”

England will face Malaysia in the semi-finals on Monday, with India taking on Singapore.

here was lots of sporting action to celebrate on day three at Birmingham 2022, with medals won in the Artistic Gymnastics, Weightlifting, Triathlon and Para Triathlon, Cycling, Rugby Sevens and Swimming.
Cricket – Commonwealth Games: Day 3
Australia blew away Barbados to secure their place in the semi-finals.

Alana King claimed superb figures of four for eight as Barbados were bowled out for just 64, with only captain Hayley Matthews getting into double figures.

Captain Meg Lanning then guided them to victory with an unbeaten 36 from 21 balls.

India, who narrowly lost their opener against favourites Australia, bowled Pakistan out for just 99 inside 18 overs as Radha Yadav and Sneh Rana took two wickets apiece.

Mandhana led the way, hitting eight fours and three sixes as India raced to their target in just 11.4 overs.

TABLE TENNIS
Reigning men’s team champions India eased into the semi-finals with a 3-0 win over Bangaldesh.

Nigeria, silver medallists at Gold Coast 2018, edged past Malaysia 3-2 while England – third four years ago – and Singapore also breezed through 3-0.

England face Singapore on Monday, with Paul Drinkhall saying: “We have won convincingly through the group. The level goes up again tomorrow, but we are all ready. We are feeling good and we’re confident.

“I’m in a good place and the team are in a good place. We are the stronger team [than Singapore] and we need to go out tomorrow and show that in our performance.”

In the women’s team competition, Singapore reached the final by beating Australia 3-0.

They will face Malaysia, who beat Wales 3-2.

NETBALL
Netball – Commonwealth Games: Day 3
Malawi picked up their first win in Birmingham with a 54-41 victory over Northern Ireland.

Mwai Kumwenda scored 29 goals for Malawi, who bounced back from their defeat to England on Saturday.

South Africa racked up the goals in a 91-36 win over Barbados.

Mary Cholhok scored 28 goals to lead Uganda to a 62-28 win over Trinidad and Tobago.

And in the final match of the day, 36 goals from Georgia Rowe helped Wales edge to a 48-42 win over Scotland.

HOCKEY
Hockey – Commonwealth Games: Day 3
Australia laid down a marker in men’s Pool A with a dominant 12-0 win over Scotland.

New Zealand, silver medallists four years ago, picked up their first win after Friday’s tie with Scotland with a 4-1 victory over Pakistan.

England secured their second win, a 4-2 success over Wales, while India beat Ghana 11-0.

In the women’s tournament, Anna Toman scored the only goal of the game to give England a 1-0 win over Canada.

In the men’s tournament, Canada beat Sri Lanka 2-0 and Gambia saw off St Kitts and Nevis 2-0.

Scotland edged to 15-14 win over Kenya in the men’s tournament, Canada got past Sri Lanka 21-8, New Zealand saw off Trinidad and Tobago 21-12 and England beat Australia 17-12.

Another win over Guernsey’s Billy Le Poullain on Wednesday will guarantee Richardson at least a bronze in the men’s over 71kg category.

LAWN BOWLS
Defending men’s triples champions Scotland’s defence of their title is over after a 17-12 loss to Wales.

In the women’s fours Fiji, New Zealand, Norfolk Island and South Africa all reached the semi-finals.

Northern Ireland, Scotland, England and Wales reached the semi-finals of the men’s pairs.

SQUASH
Squash – Commonwealth Games: Day 3
Defending men’s singles James Willstrop comprehensively dismissed Pakistan’s Nasir Iqbal in their round-of-16 clash at the University of Birmingham with an 11-6, 11-4, and 11-7 straight-sets victory which edged the Englishman one step closer to guaranteeing himself another Commonwealth medal.

While in the women’s tournament, Canada’s Hollie Naughton recorded a 11-6, 11-7 and 18-14 straight-sets win over Aifa Azman of Malaysia.