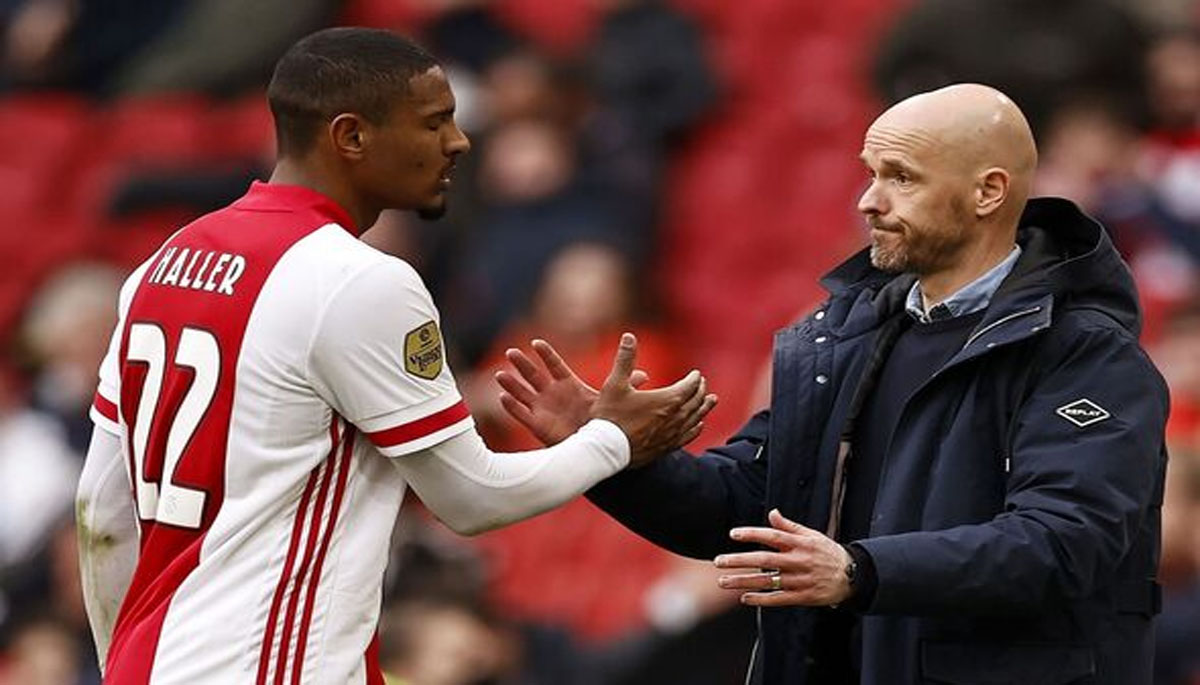 Ajax have retained the Eredivisie title to give manager Erik ten Hag the perfect farewell before he joins Manchester United next season.

Ajax only needed a point in their two remaining games to seal the title and did so in style with a 5-0 win over Heerenveen on Wednesday. Before Ajax’s match, there was a minute’s silence to honour two former players who passed away. Ten Hag has now claimed his third league title at the Dutch giants after taking charge of the club five years ago.

The 52-year-old joined Ajax in December 2017 and won the league and cup double in 2019 and 2021, as well as leading them to the Champions League semifinals in 2019 after knocking out Real Madrid and Juventus along the way.

Ten Hag’s title win represents the club’s only silverware of the season after Ajax lost to PSV in the Super Cup at the start of the campaign before slipping to defeat against the same team in the Dutch Cup final last month.

It was a fitting sendoff for Ten Hag, who is tasked with steering United back into title contention in the Premier League. The Dutchman has signed a three-year deal at Old Trafford and is United’s fifth permanent manager since Sir Alex Ferguson retired in 2013, following David Moyes, Louis van Gaal, Jose Mourinho and Ole Gunnar Solskjaer.

Ten Hag’s arrival will coincide with what is likely to be a summer of change at Old Trafford, with two key scouts leaving the club and interim manager Ralf Rangnick claiming as many as 10 players are needed to kick-start a rebuild for a side that will mark 10 years since their last title win in 2023.