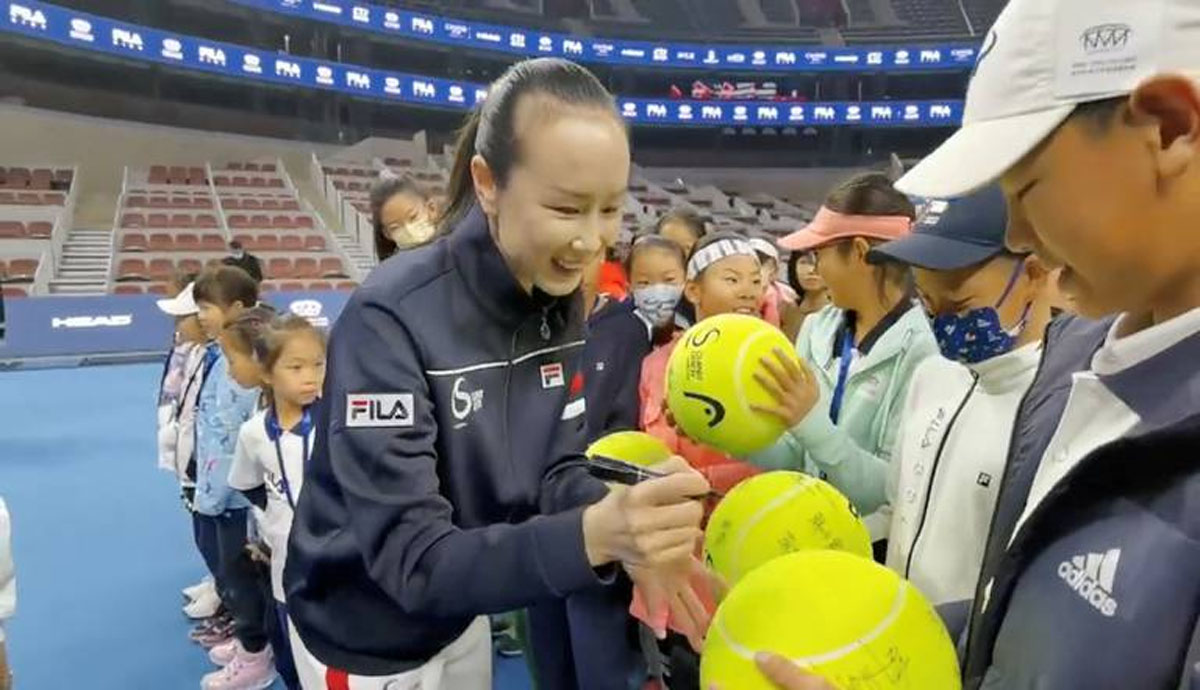 The Women’s Tennis Association (WTA) has announced the immediate suspension of all tournaments in China. The decision came amid a dispute over the well-being of the former doubles world No 1 Peng Shuai. China’s Foreign Ministry, which has not yet responded to the Tour’s announcement, said late last month that “certain people” should stop the “malicious hyping” and “politicisation” of the Peng issue, which arose after the former player made an allegation against a retired official.

Peng appeared in mid-November at a dinner with friends and a children’s tennis tournament in Beijing, photographs and videos published by Chinese state media and by the tournament’s organisers showed. On November 21, International Olympic Committee president Thomas Bach had a 30-minute video call with Peng, who competed at three Olympics. The WTA’s decision to walk away from one of its biggest markets could cost it hundreds of millions of dollars in broadcasting and sponsorship revenue. It also comes as Beijing is preparing to host the Winter Olympics next February.

WTA chief executive Steve Simon said the decision to suspend tournaments in China had the full support of the WTA board of directors. He also said he was aware of Peng’s location. Tennis legends including WTA founder Billie Jean King and Martina Navratilova applauded the decision, while men’s world No 1 Novak Djokovic, who recently co-founded a players’ union aiming to represent both male and female professionals, also backed the move.

The WTA began an aggressive expansion into China on the eve of the 2008 Beijing Olympics and local interest in the sport was fuelled by Li Na winning the 2011 French Open. China hosted two WTA events in 2008 but 11 years later staged nine, including the WTA Tour finals that were secured in a 10-year deal by the city of Shenzhen in 2018.

In 2015, the WTA announced a 10-year digital rights deal with Chinese streaming platform iQiyi, reportedly worth $120 million. The pandemic forced the cancellation of all but one of the WTA events in China in 2020 and 2021, including this year’s Tour Finals, which were moved to Mexico. The 2022 tour calendar has not yet been published.