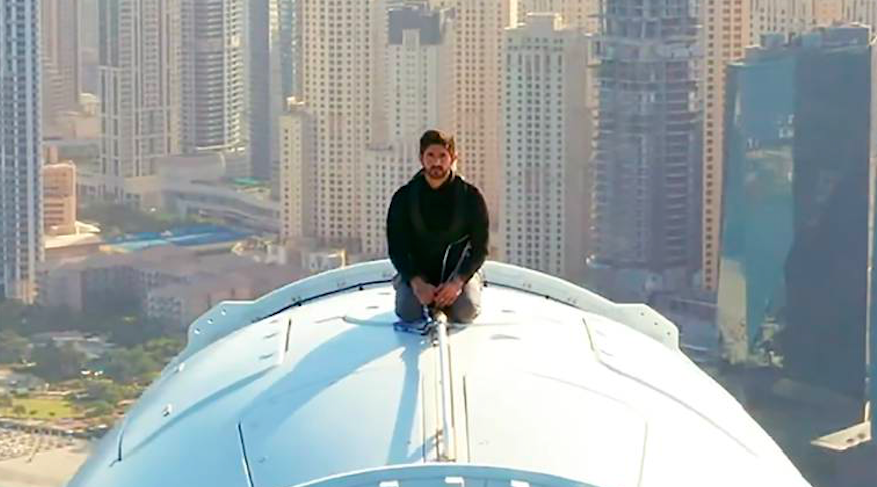 Sheikh Hamdan bin Mohammed, Crown Prince of Dubai, is no stranger to danger.

He has often shared his adventures via social media, whether he’s skydiving, jet-skiing, hiking, snowboarding or zip-lining.

He’s even climbed to the top of Burj Khalifa, filming himself harnessed on the spire of the world’s tallest building, 828 metres up.

Now, Sheikh Hamdan has taken the ultimate ride, by soaring over his emirate’s skyline on top of a cabin on Ain Dubai, the world’s largest and tallest observation wheel, which opened to the public on Thursday.

He shared a video across social media on Thursday afternoon of him casually sipping from a mug on top of one of the cabins, which stand 250 metres above the ground.

He captioned it simply #aindubai, with a Ferris wheel emoji.

Ain Dubai is an observation wheel, located on Bluewaters Island. It’s nearly twice the height of the London Eye, and will provide sprawling views of Dubai’s skyline. On a clear day, visitors should be able to see everything from Bluewaters Island to Dubai Marina and Palm Jumeirah, to Burj Al Arab and even Burj Khalifa. The attraction has 48 cabins.

It has been one of the most highly anticipated tourist attractions in the UAE since construction started in 2015.

Tickets for spots on the wheel for the first day are completely sold out, with many already taken for Friday, too.

A single rotation takes about 38 minutes. For safety reasons, Ain Dubai has kept a maximum capacity of 10 people per cabin.

To celebrate the opening, an action-packed two-day event is planned at Bluewaters Island, with family entertainment, activities and food stations from 2pm to 6pm on Thursday, with DJs, a light and drone show, plus more until 10.30pm.

On Friday, there will be live entertainment and food stations, as well as more light shows and performances by six regional artists. 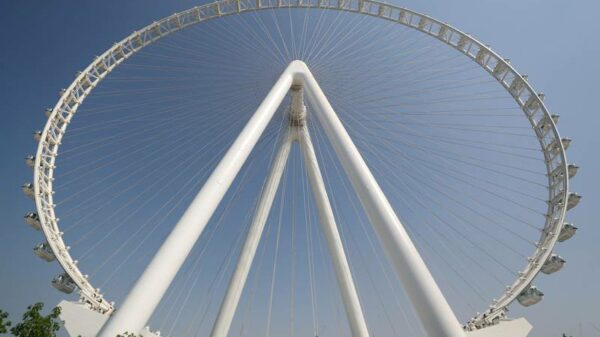 Ain Dubai is the world’s largest and tallest observation wheel, standing at over 250 metres. The record-breaking monument offers unrivalled and unforgettable social and...